This White Chocolate Blueberry Cheesecake is incredibly easy to make. It starts with a pre-made graham cracker crust and is swirled with a homemade blueberry sauce. A crowd favorite every time! 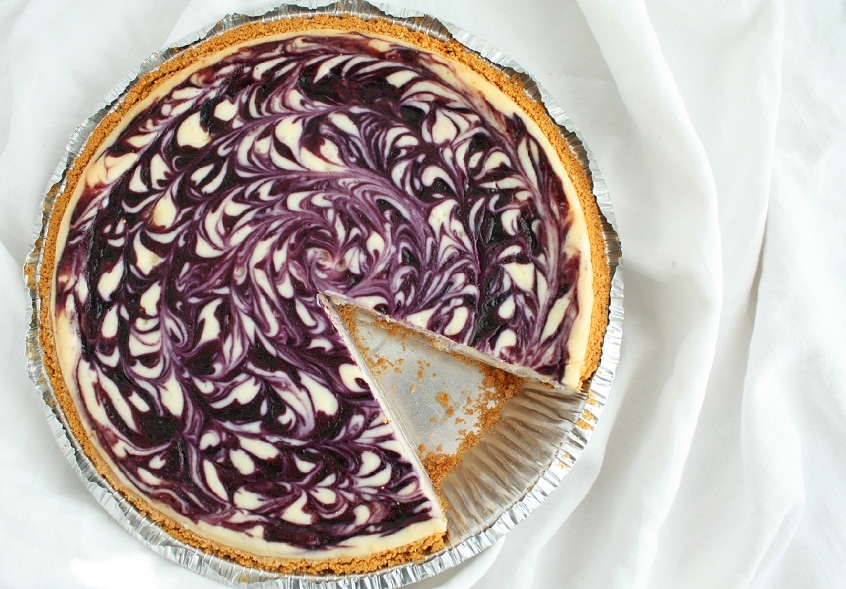 I’ve made the white chocolate raspberry cheesecake for years because it was my favorite so I just didn’t have the desire to try anything else. But last week I decided it was time to give another berry a chance.

And the hint of lemon complements the blueberry so well, and it brings out its outstanding natural flavor. This blueberry cheesecake is so simple to make, too!

You start with a pre-made crust, so it doesn’t get much easier.  Just be sure to plan in advance because this cheesecake needs six hours to chill in the refrigerator to set. Six long hours of patiently waiting to eat this luxurious mouthwatering homemade cheesecake. 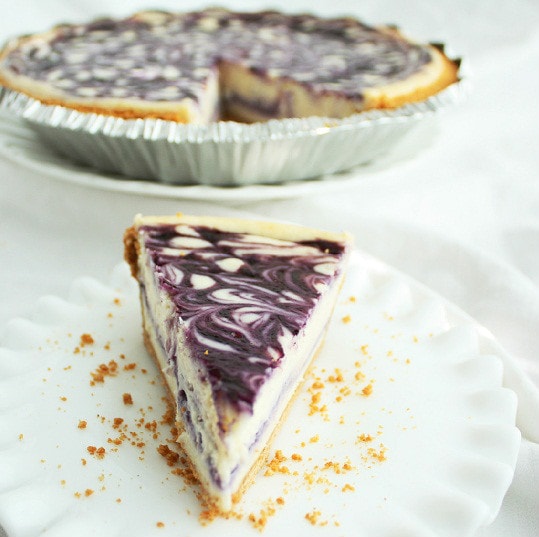 For the white chocolate cheesecake base, you’ll need:

And for the blueberry cheesecake topping, you need: 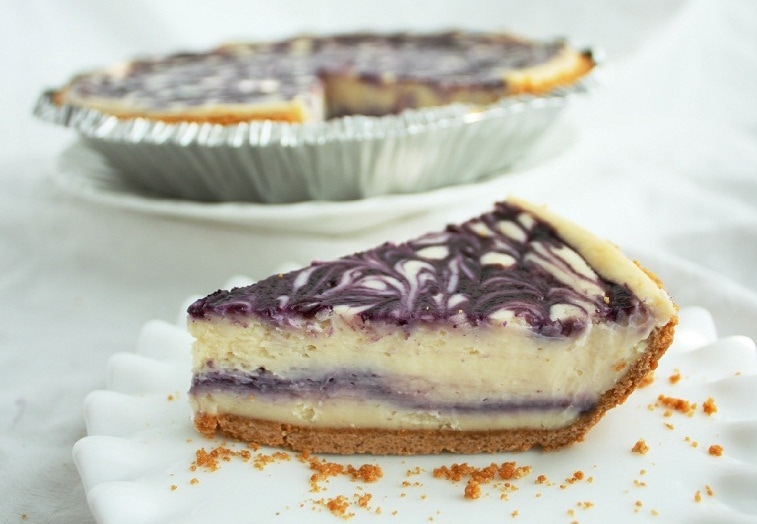 Can You Freeze Cheesecake?

Yes, this easy cheesecake freezes very well! To freeze cheesecake, let it first chill completely in the fridge before wrapping it in plastic wrap.

When you’re ready to eat the frozen cheesecake, place it in your fridge to thaw (give it at least a day to thaw completely).

Should You Use Fresh or Frozen Berries?

You can make this blueberry cheesecake with either fresh or frozen berries. It doesn’t matter since you cook the blueberry sauce before adding it to the white chocolate cheesecake base. 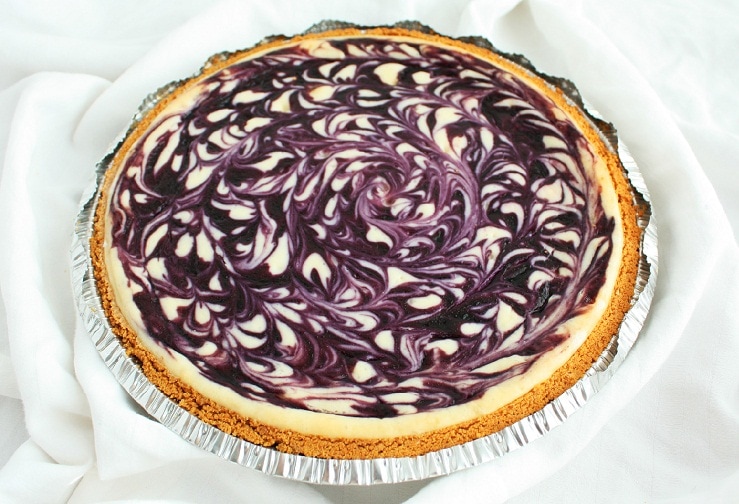 Tips for the Best Cheesecake 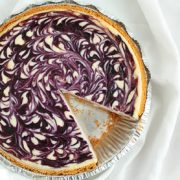