The cupcakes of Heaven. It’s easy to see where Angel Food Cake has been given it’s name. It is gorgeously white, fluffy as clouds and delicately soft and it’s simply divine. It’s made with just a few basic ingredients but when properly prepared it creates something all it’s own.

I love cupcakes, plus I don’t own an angel food cake pan (and I’m assuming most everyone else doesn’t either as it doesn’t seem to be a common kitchen item) so I thought angel food cupcakes would be more fitting for a made from scratch angel food cake recipe. 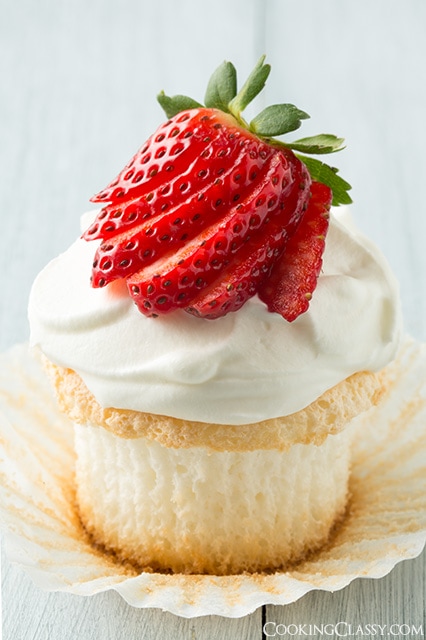 To me, these tasted far better than any store bought angel food cake I’ve ever had. They also seem to have more moisture so I didn’t feel like I was eating a dried out sponge :).

I topped these with a simple cream cheese whipped cream made from 3 simple ingredients. The cream cheese is the perfect addition to these cupcakes and it will likely remind you of berry cheesecake.

Also, I rarely combine vanilla with a whipped cream topping because I love the flavor of cream and don’t want it to be hidden, so some of you may like your whipped cream with a hint of vanilla but I say it’s basically an insult to the goodness and natural sweetness of cream – so leave it out!

Just kidding, add it if you’d like but just be sure you make these cupcakes. And as always, Enjoy! 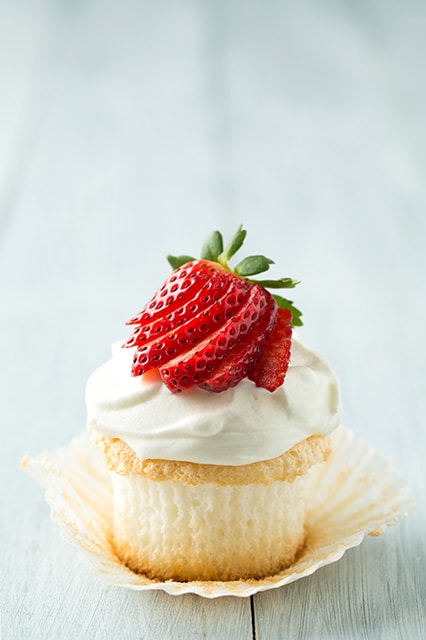 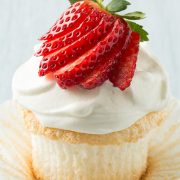