These Funfetti Angel Food Cupcakes are fun for all ages and of course they are perfect for a birthday celebration (or just to celebrate the weekend because who wants to wait around for a birthday to make these?). 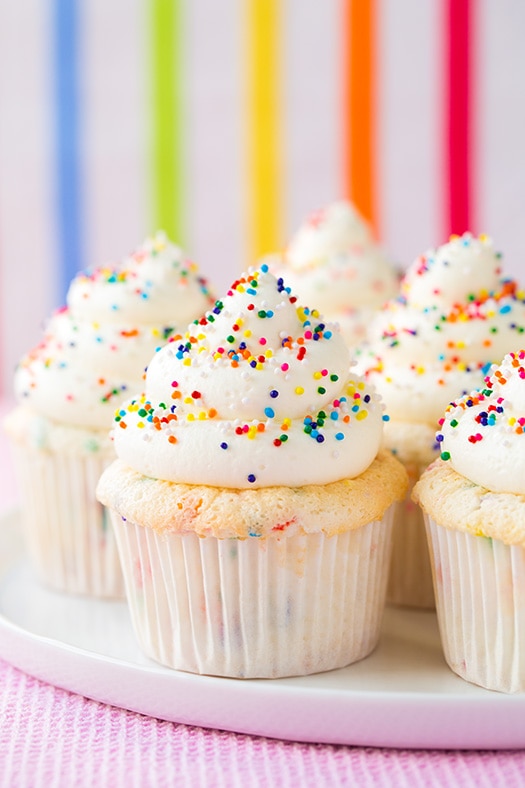 If you really wanted you could leave out the cream cheese (and also reduce the vanilla/almond extracts if you do) and just have a sweetened whipped cream topping.

I’m just partial to the cream cheese whipped cream topping ever since I made these cupcakes last year.

It kind of reminds me of cheesecake and cheesecake is one of my favorite desserts (and probably half of the worlds, who doesn’t love a decadent cheesecake?), so it’s hard for me to just keep it basic when I can upgrade it a little.

Whatever the celebration, be sure to bring some of these cupcakes along. And maybe make two batches, they’ll go quick :). 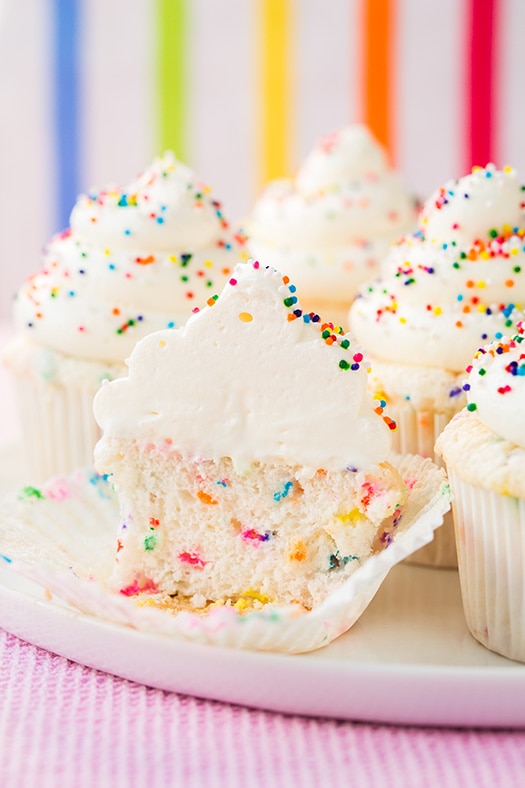 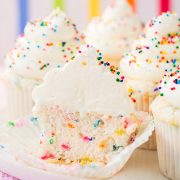