I never thought anyone needed a recipe for Baked Potatoes until I tried this method. Now I’m hooked and it’s the only way I’ll ever want to make baked potatoes again! I just don’t think they get any better than this. 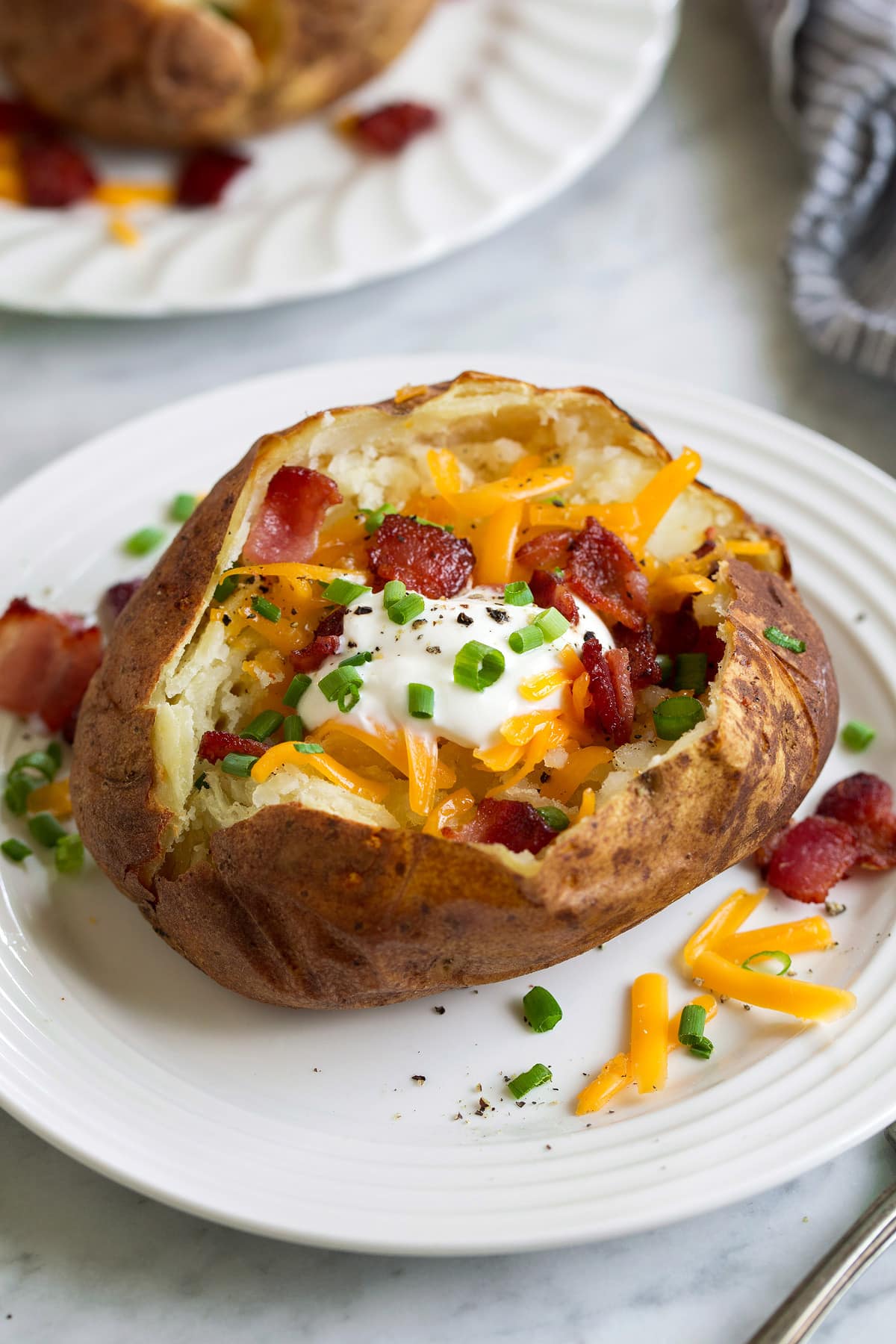 So what makes these baked potatoes so special? This cooking method produces an incredibly fluffy, melt-in-your mouth interior and a crispy, nicely seasoned, slightly browned exterior.

They are the best baked potatoes I’ve ever had! Thanks to Cook’s Illustrated for creating such a simple yet genius recipe. 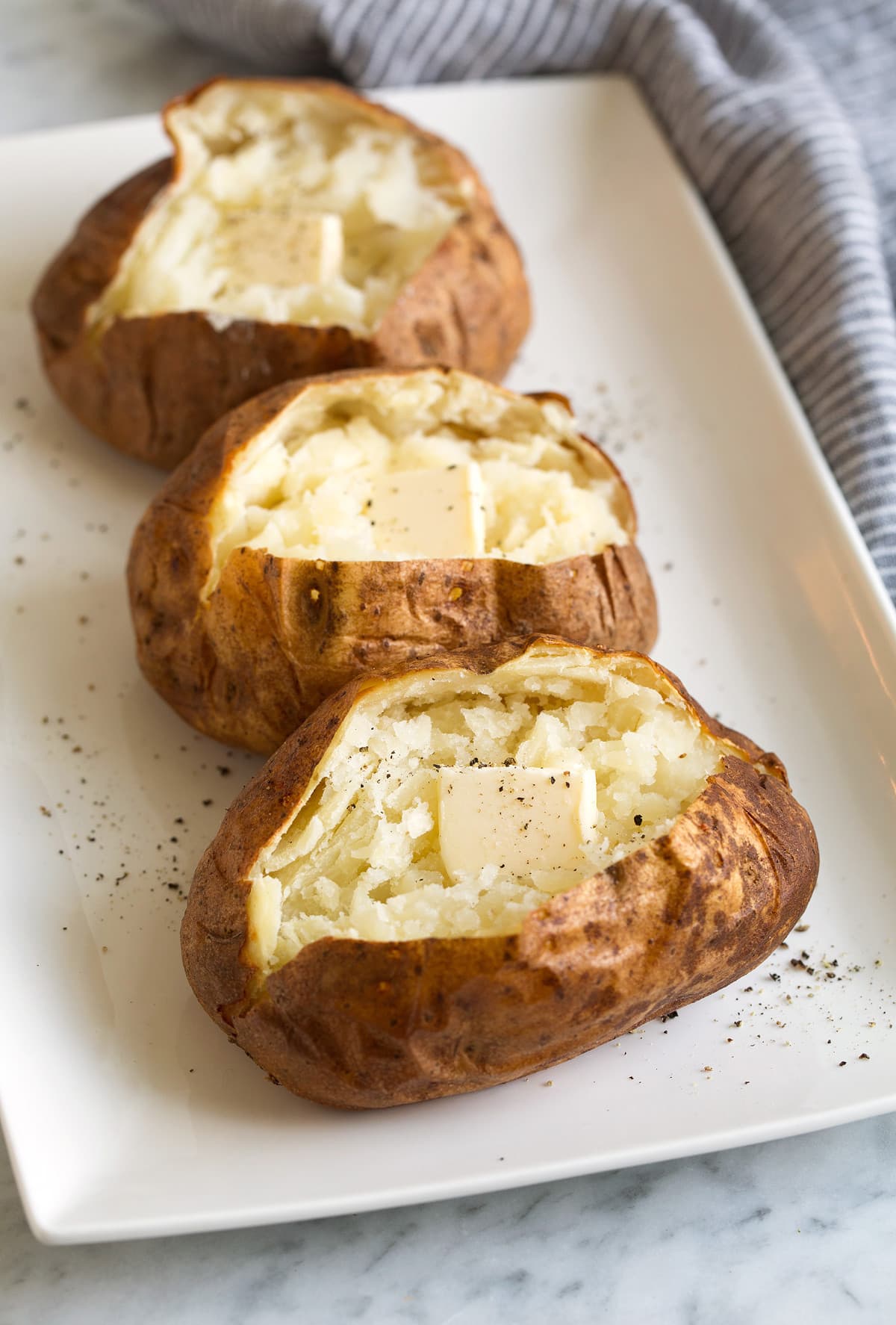 When making baked potatoes in the oven, I recommend using russet potatoes. 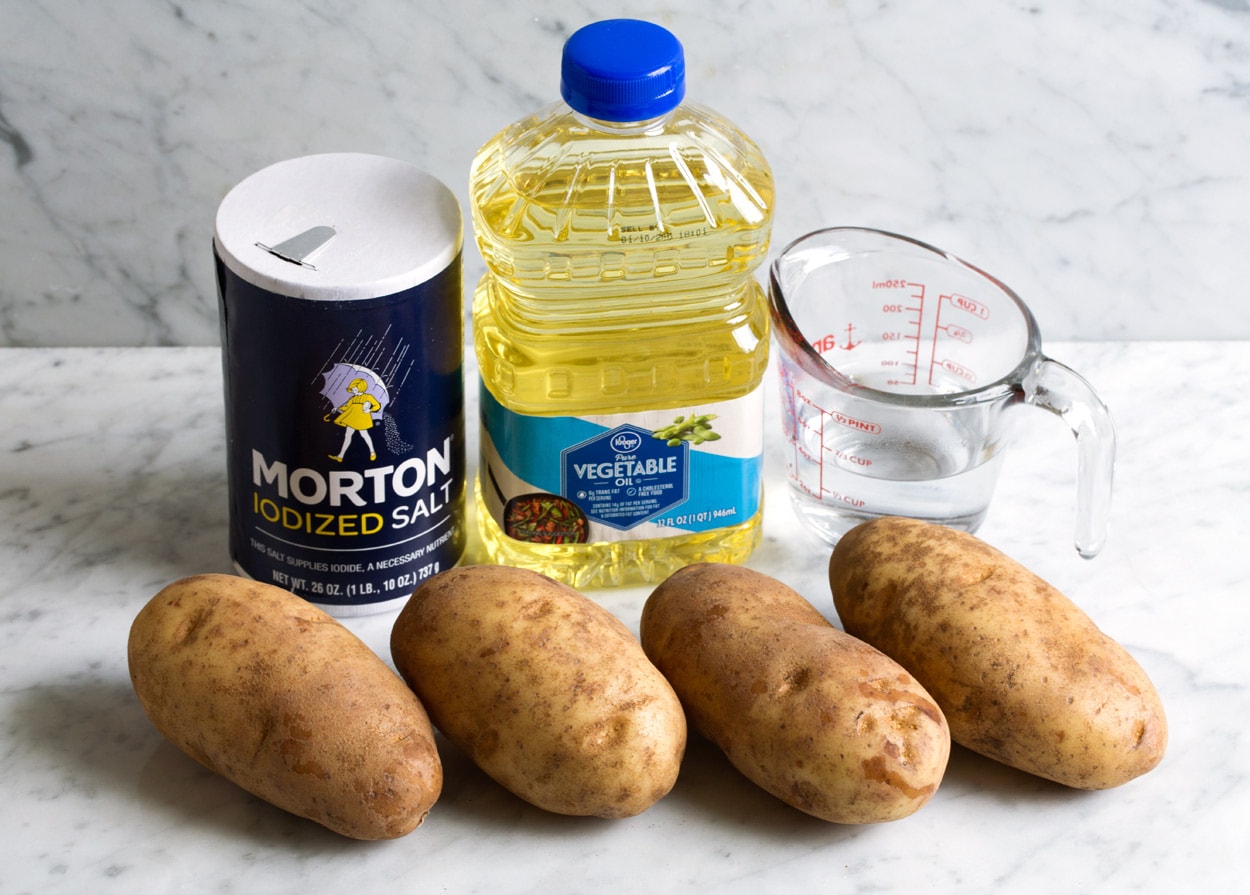 How to Bake a Potato

Ready to learn the best way to bake potatoes? Here are the basic steps to mastering perfect baked potatoes:

First you’ll start out by preheating oven to 450 degrees F.

Then scrub and rinse each potato to remove any dirt. Then using a fork, pierce the potato 3 times on two sides (6 times total). 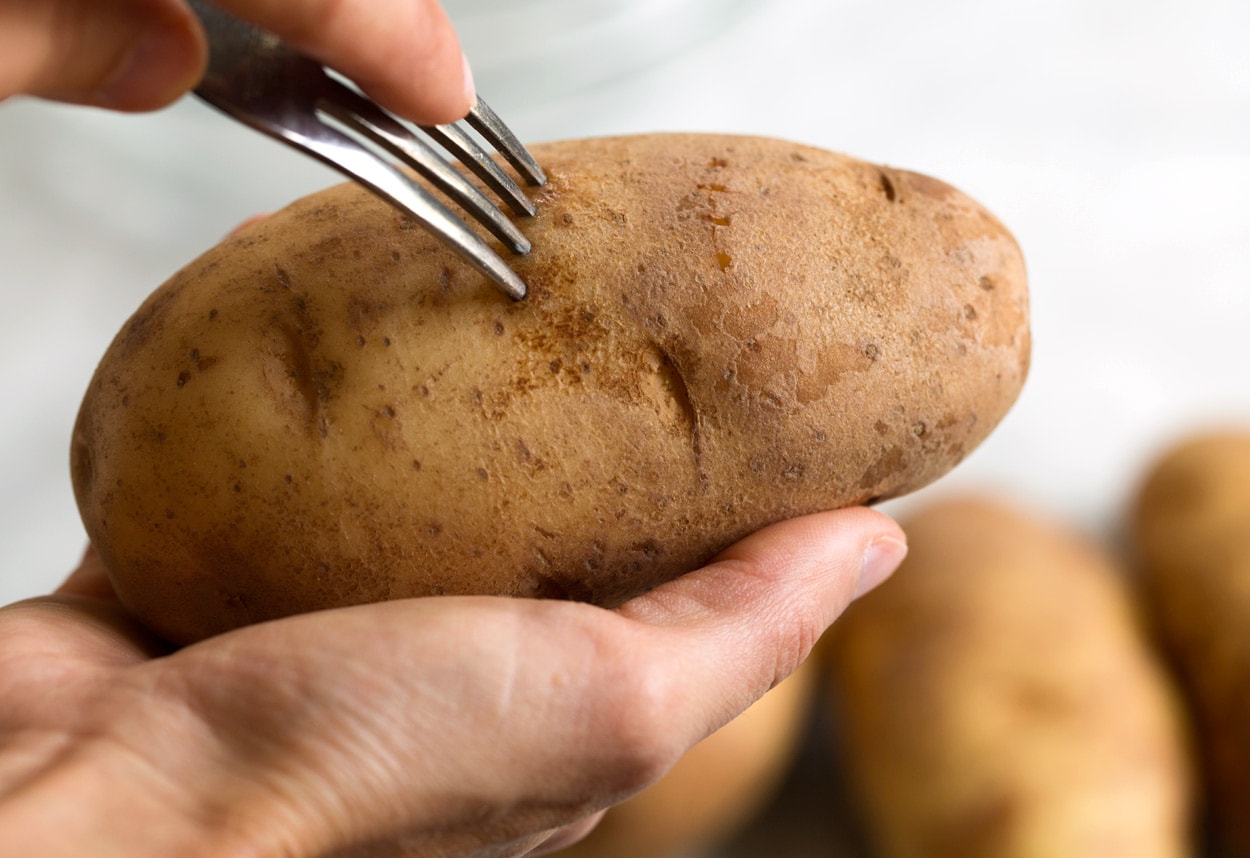 Next, in a large mixing bowl whisk together water and salt until salt has dissolved. Then roll potatoes in water to evenly cover with water mixture. 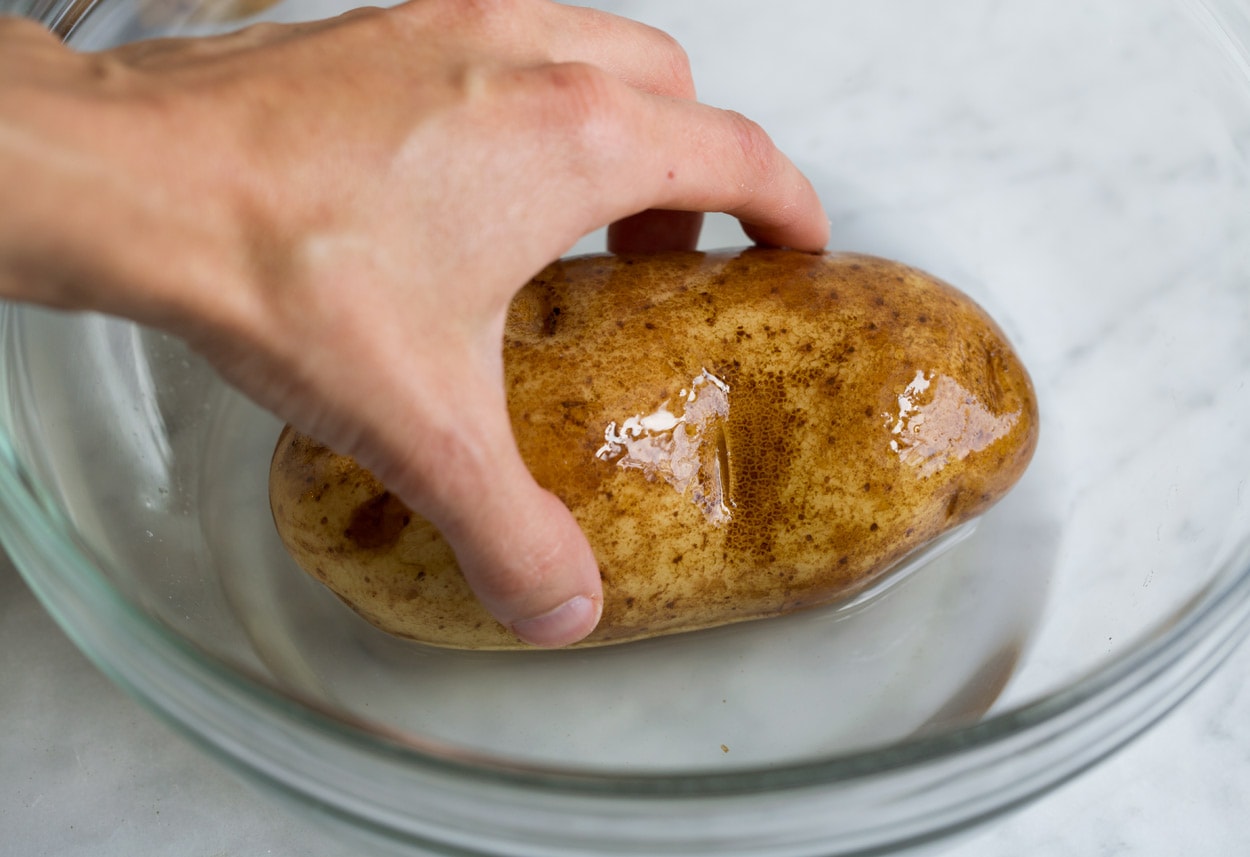 Transfer potatoes to a wire rack set over a rimmed baking sheet. Bake in preheated oven until potatoes register 205 degrees on an instant read thermometer (they should be nearly soft). 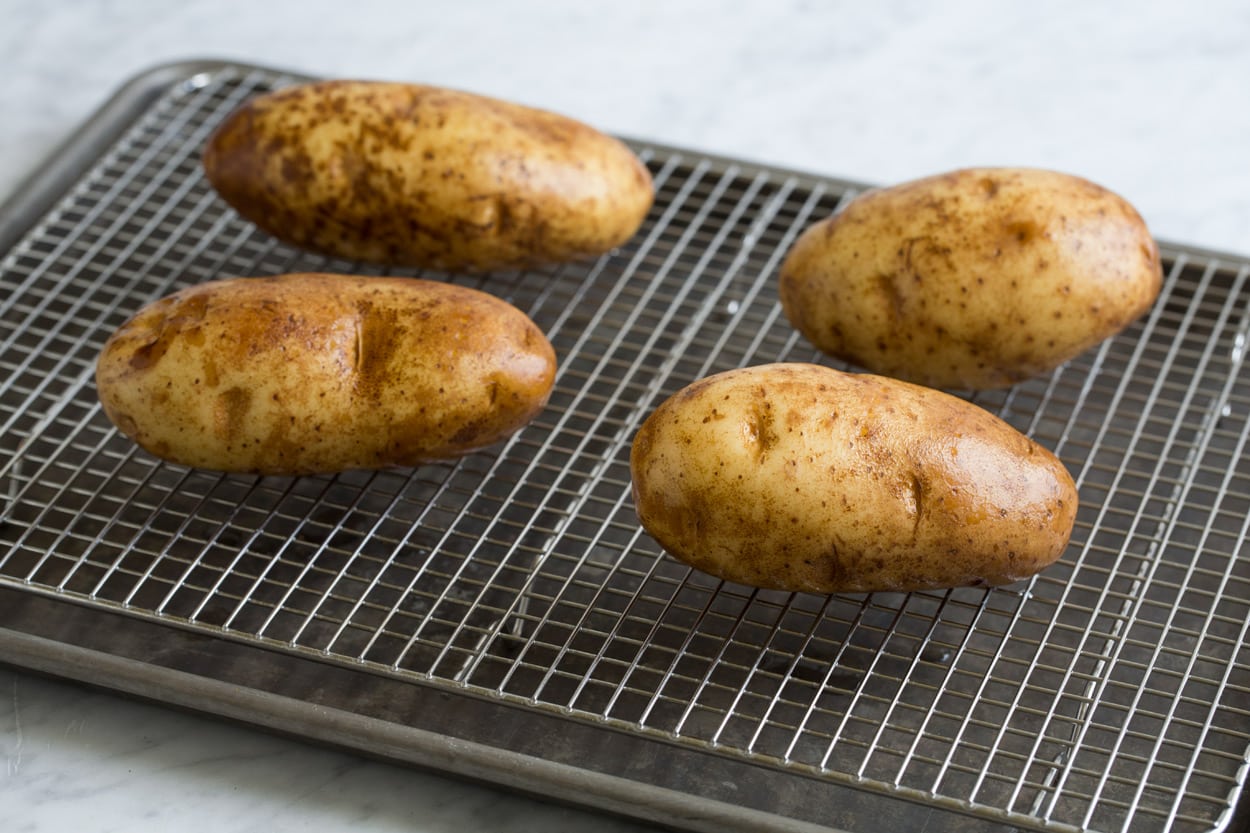 Remove from oven and brush with oil then return to oven and bake 10 minutes longer. Cut potatoes open just after removing then using a clean kitchen towel squeeze potato open while being careful of steam.

How Long to Bake Potatoes

You’ll want to bake your russet potatoes for roughly 45 – 60 minutes. Then, brush them with oil and bake them for another 10 minutes. 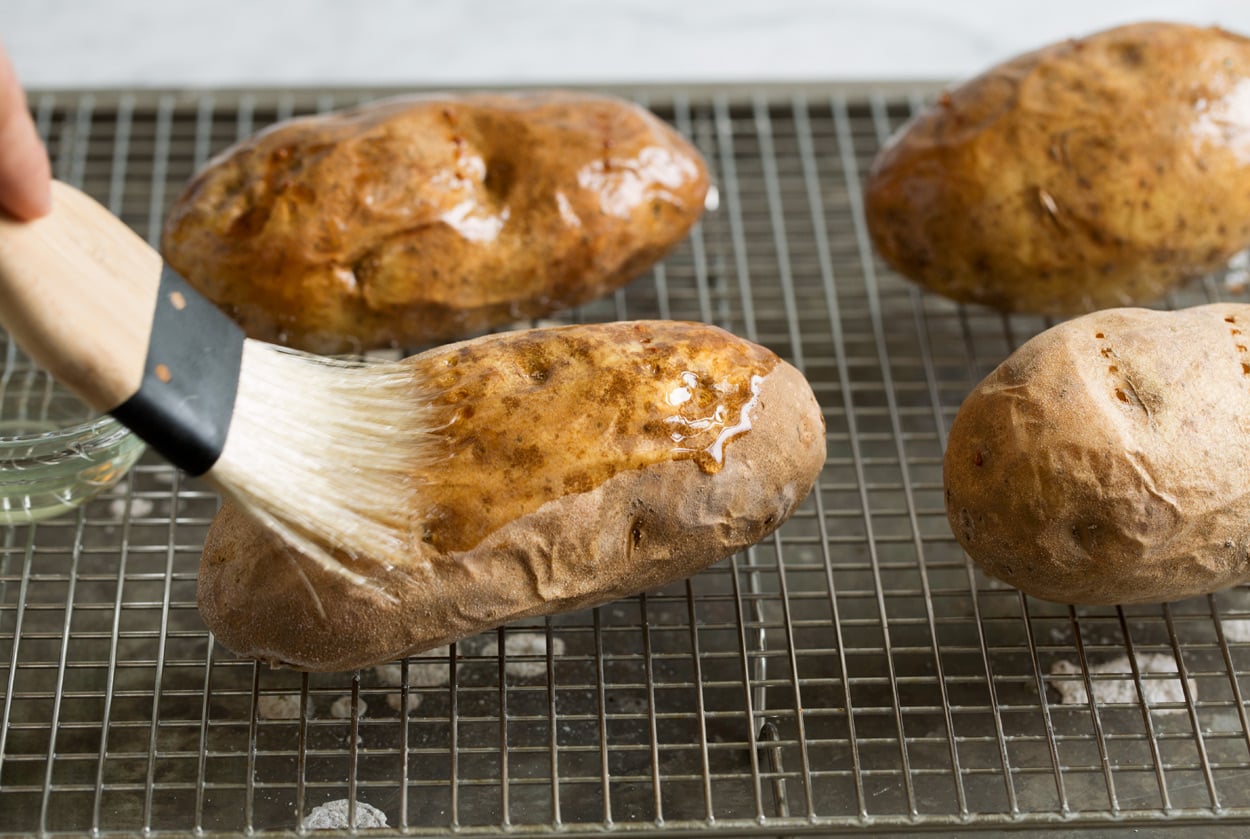 Do you believe me yet? That you need to try this method? I’ve made hundreds, probably even thousands of baked potatoes in my life but never any this good. They’re perfectly seasoned, perfectly soft and tender, and have a delicious crisp skin.

Baked potatoes are one of my go-to side dishes and now I can say I’ve found the best. So good in fact you honestly don’t even need all the toppings, but hey who can resist bacon?

What to Serve with Baked Potatoes 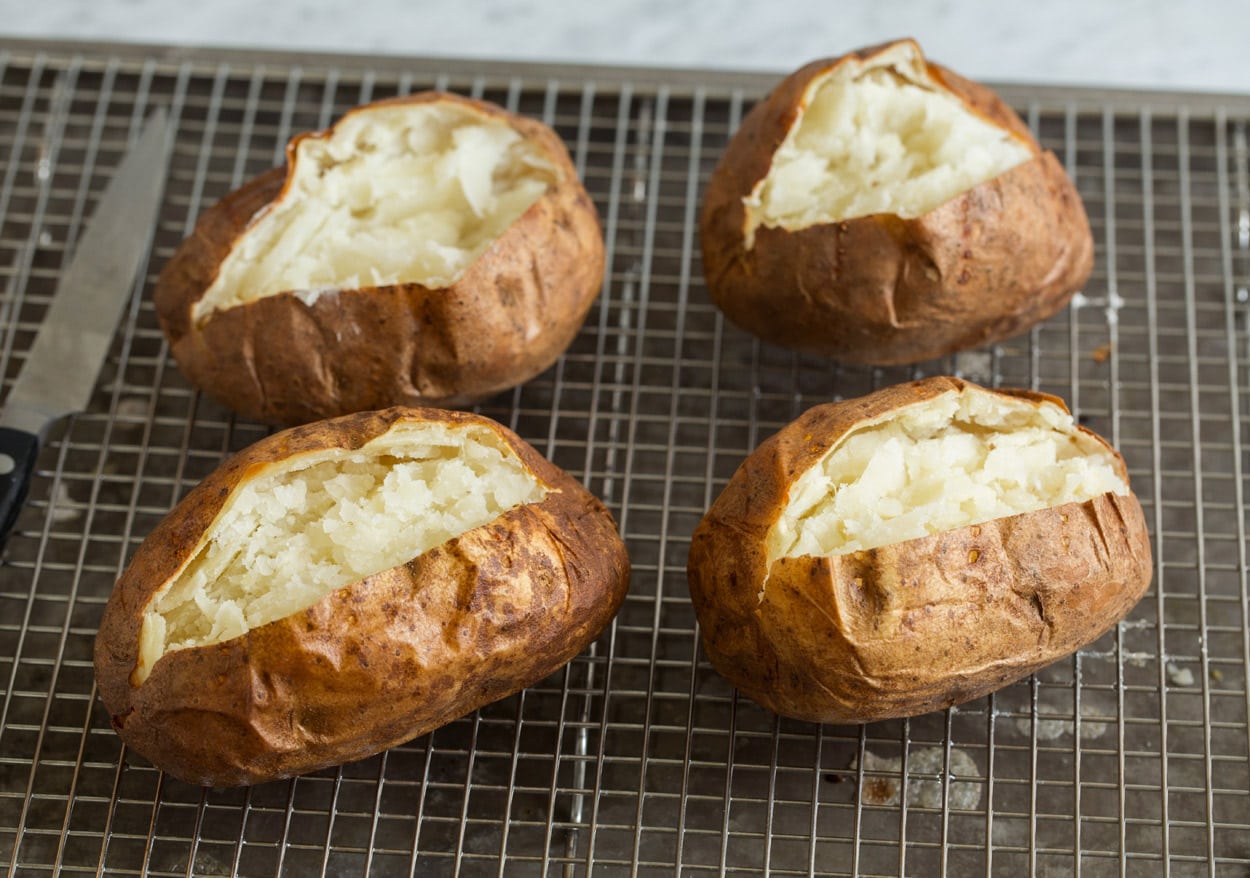 Baked russet potatoes can be topped with anything your heart desires. A few of our favorite baked potato toppings include: 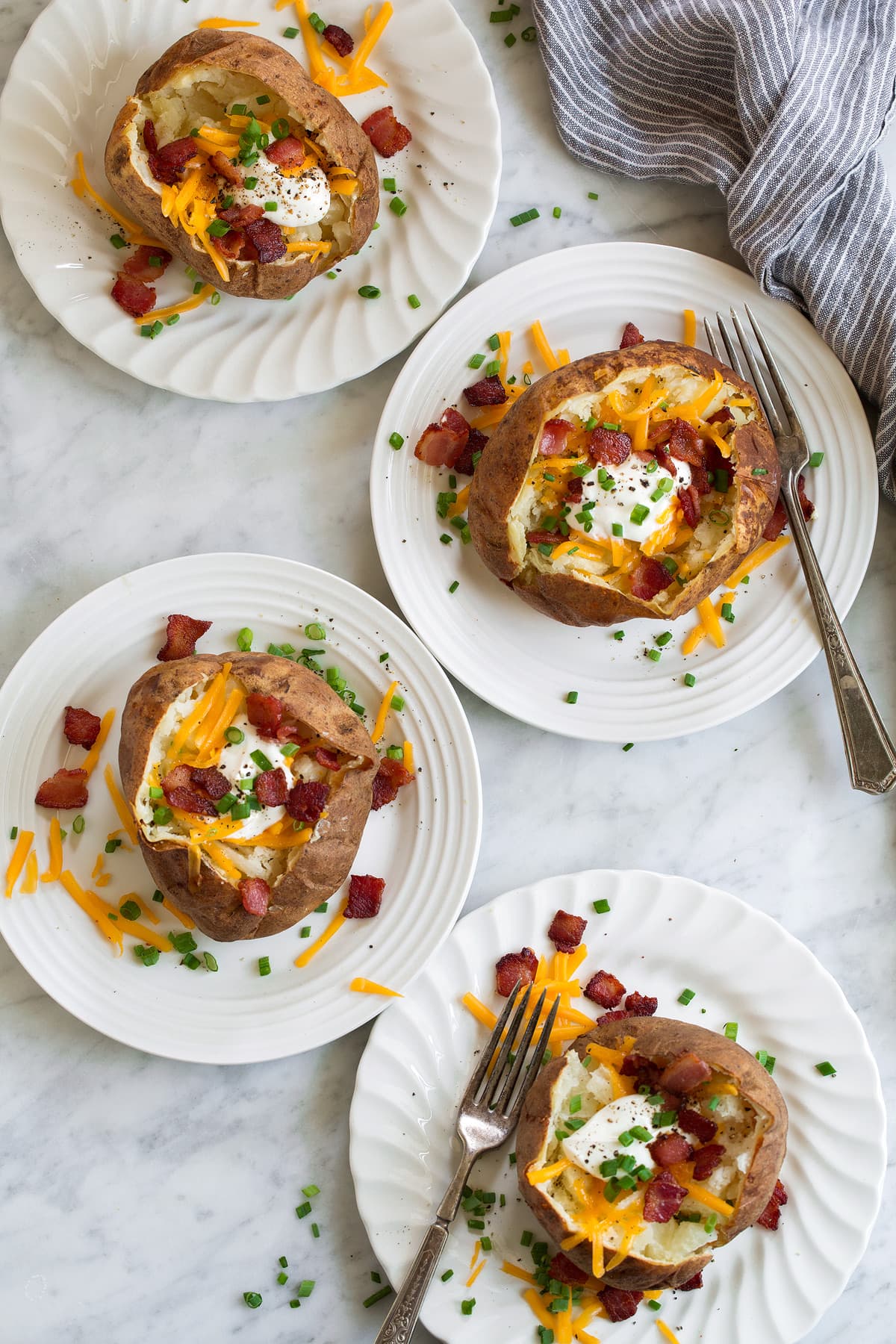 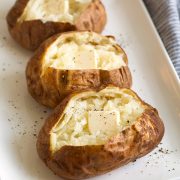 This simple method yields the best baked potatoes on the planet! Fluffy, moist interior and salty, crispy exterior. Load them up with all your favorite toppings or just serve with butter and a little salt and pepper.
Servings: 4
Prep5 minutes
Cook1 hour 5 minutes
Ready in: 1 hour 10 minutes