If you haven’t noticed I’ve been crazy about Italian food this past week. I’ve posted several Italian foods and I still have traditional spaghetti and meatballs coming up soon. The more I eat Italian food the more I love it. The flavors, the elegance, the simplicity, the chocolate. Love. It. All. I was joking to my husband that we should just get up and move to Italy for a year. Wouldn’t it be dreamy though? 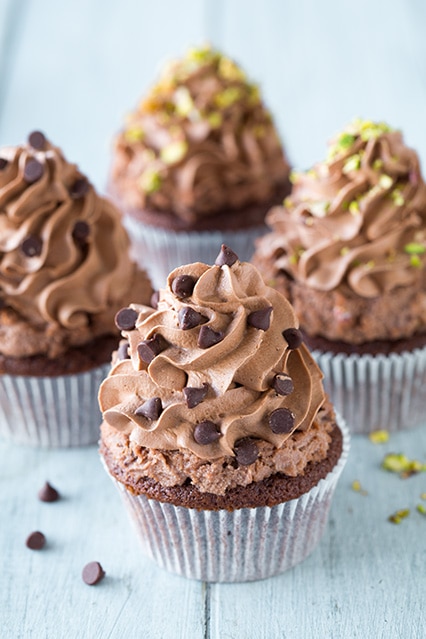 When creating these I wanted to include the traditional flavors of cannoli while adding in a luscious chocolate flavor throughout each layer. I’ve posted these in the a more traditional cannoli version – with a vanilla cupcake and white cannoli filling, which inspired me to try a chocolate version too. Because chocolate makes everything better right?

I actually think they are a tie, I like this version and the other equally. Different cupcakes for different moods I guess. Or even better make them both and have one of each flavor :). 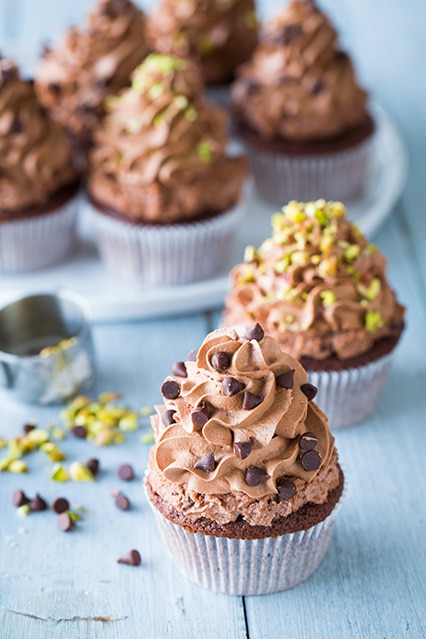 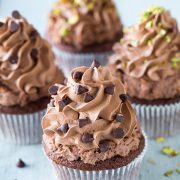