Who says healthy food can’t taste absolutely, amazingly delicious?  This oatmeal is incredible!  I could eat it three meals a day =).  I was so in love with the banana oatmeal that I made last week (I’ve been eating it nearly every morning since) that I decided I wanted to try more variations on oatmeal because I’m suddenly an oatmeal lover. 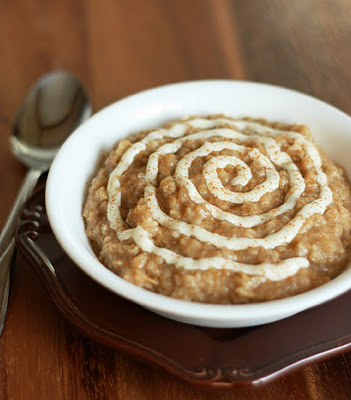 So, I came up with this recipe.  This oatmeal tastes just like a cinnamon roll!  The incredible things about it are, it’s much healthier, much quicker and it’s even more figure friendly =).  You get all the goodness of a cinnamon roll in 5 minutes, rather than waiting around hours for those freshly baked, labor intensive rolls.

You’ll even get a kitchen filled with the warm, reminiscent scent of cinnamon rolls.  Serve this up for your kids and it’s likely you’ll get them to eat their oatmeal everyday =).  Turn an oatmeal hater into an oatmeal lover with this Cinnamon Roll Oatmeal! 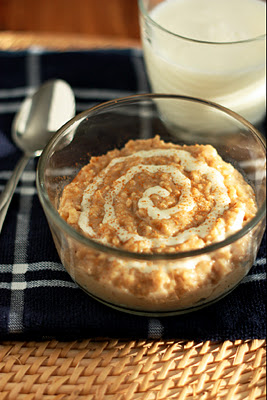 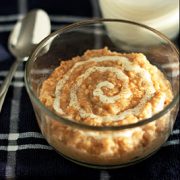 It's like having dessert for breakfast! The same delicious flavors of a cinnamon roll in warm and comforting oatmeal form.
Servings: 1
Prep5 minutes
Cook4 minutes
Ready in: 9 minutes