Pumpkin Bread Pudding will likely be one of the best things you bake this fall! Yes it’s just that good! It tastes just like pumpkin pie but in bread pudding form. It’s rich and creamy and delicious in every way. 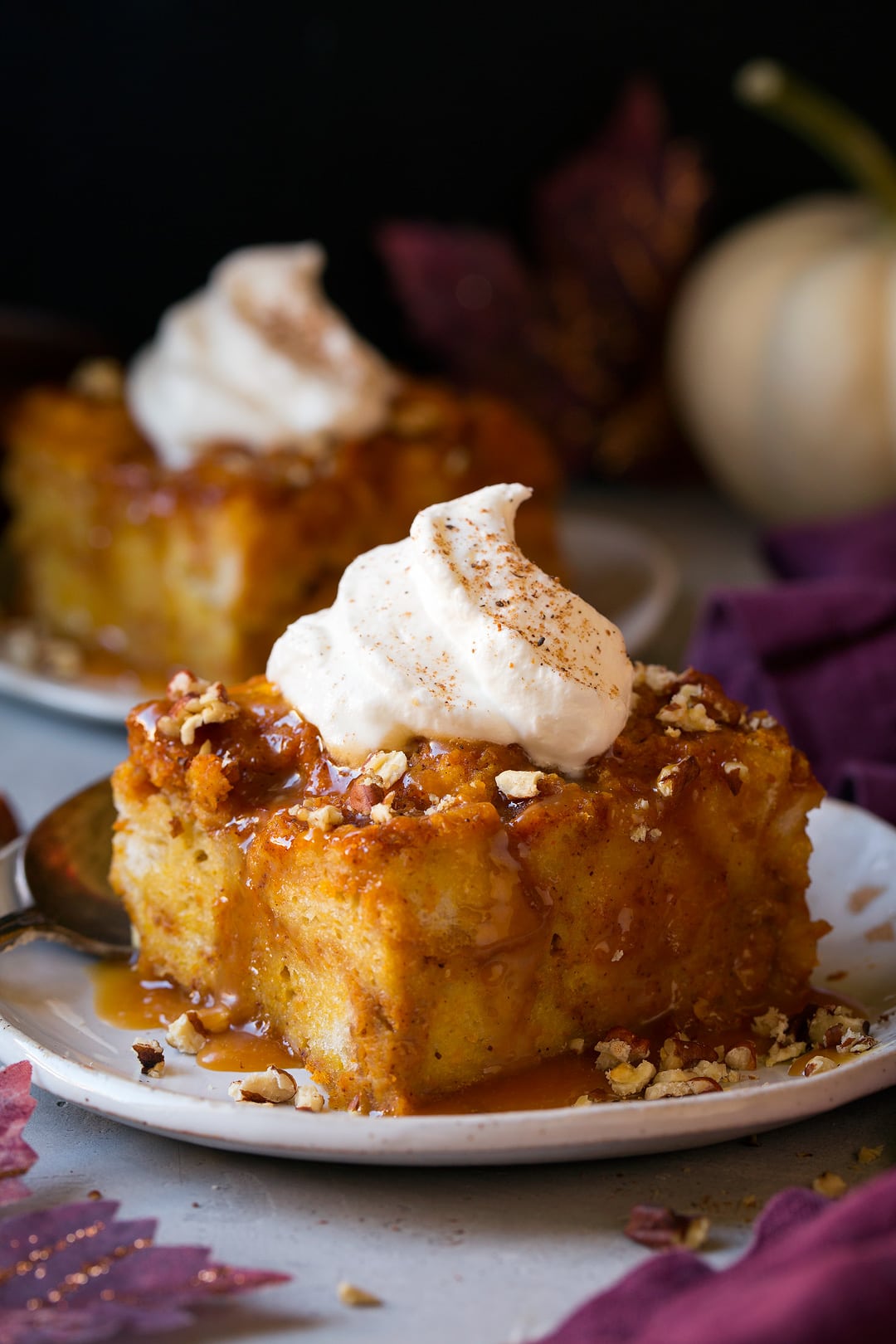 Bread Pudding with an Autumn Flare

And it’s taken to a whole new level of goodness when you top it with homemade Salted Caramel Sauce, lightly sweetened whipped cream, and crunchy toasted pecans!

So many delicious flavors and textures that all blend so well together.

Oh and this nearly identical to a pumpkin french toast casserole so if you want to make this for breakfast on the weekend or Thanksgiving morning that’s totally acceptable.

Mine is gone by now but oh how I wish I had another slice left. Guess I’ll have to make it again this week! 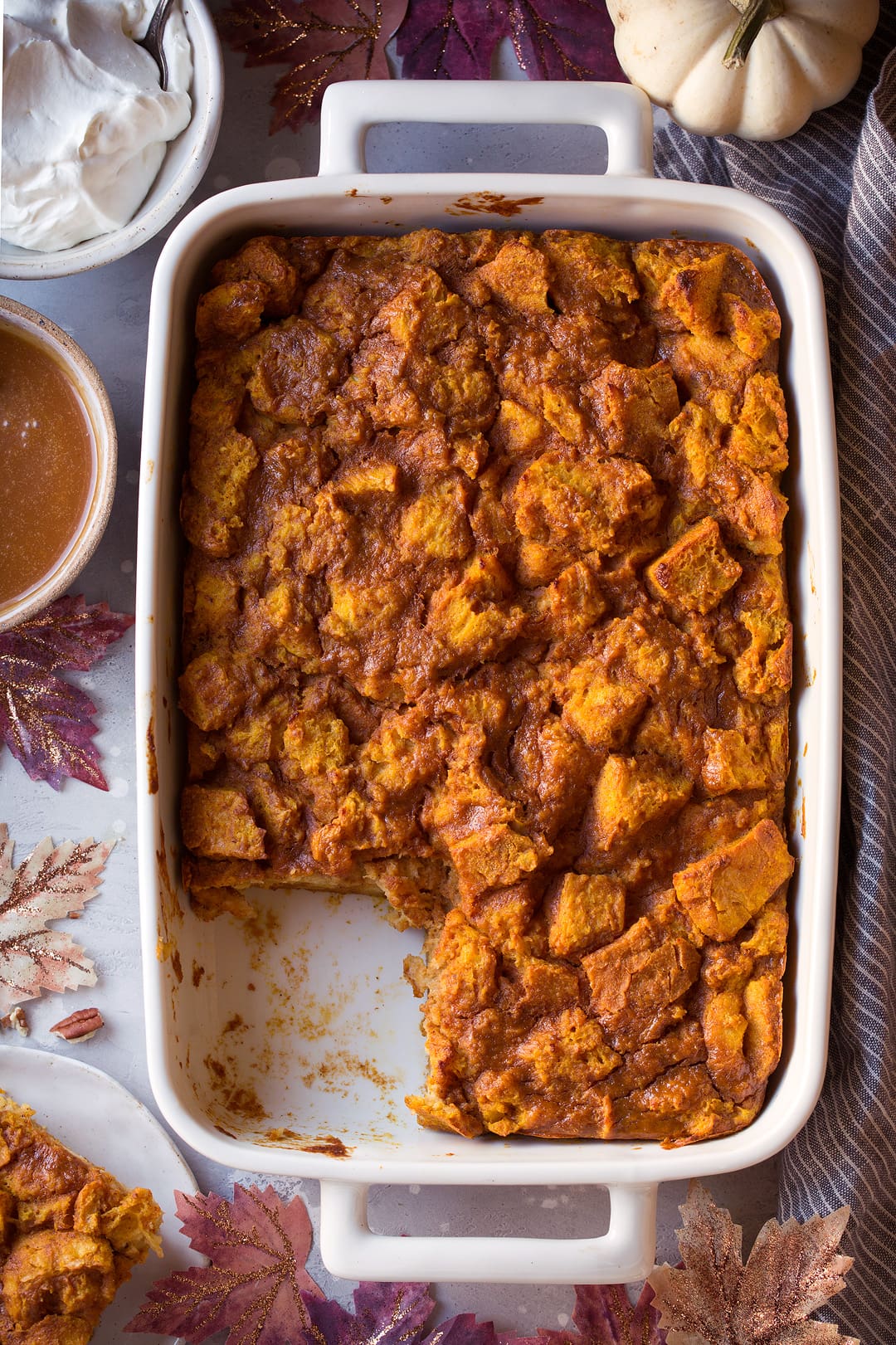 Ingredients Needed for This Recipe

How to Make Pumpkin Bread Pudding 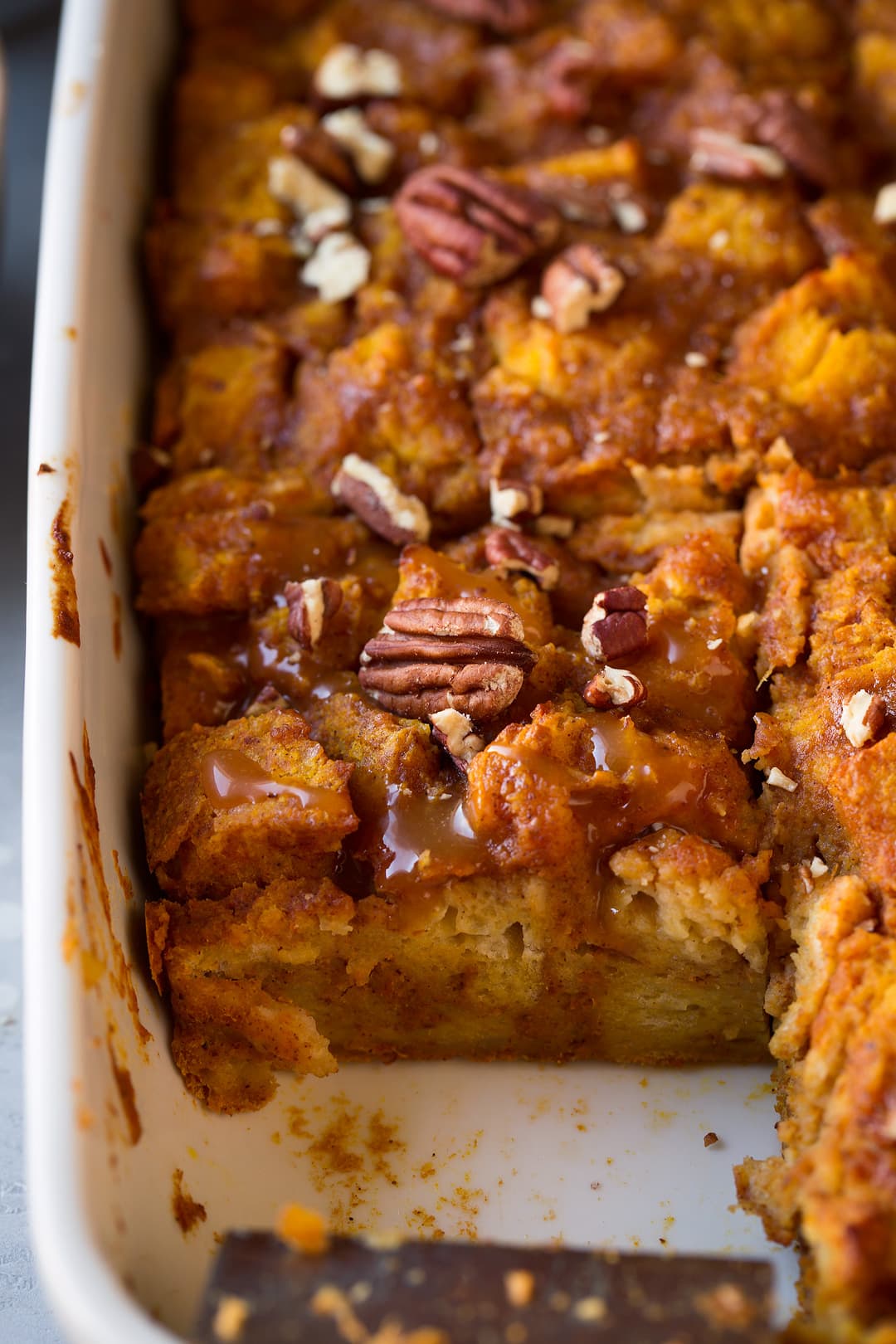 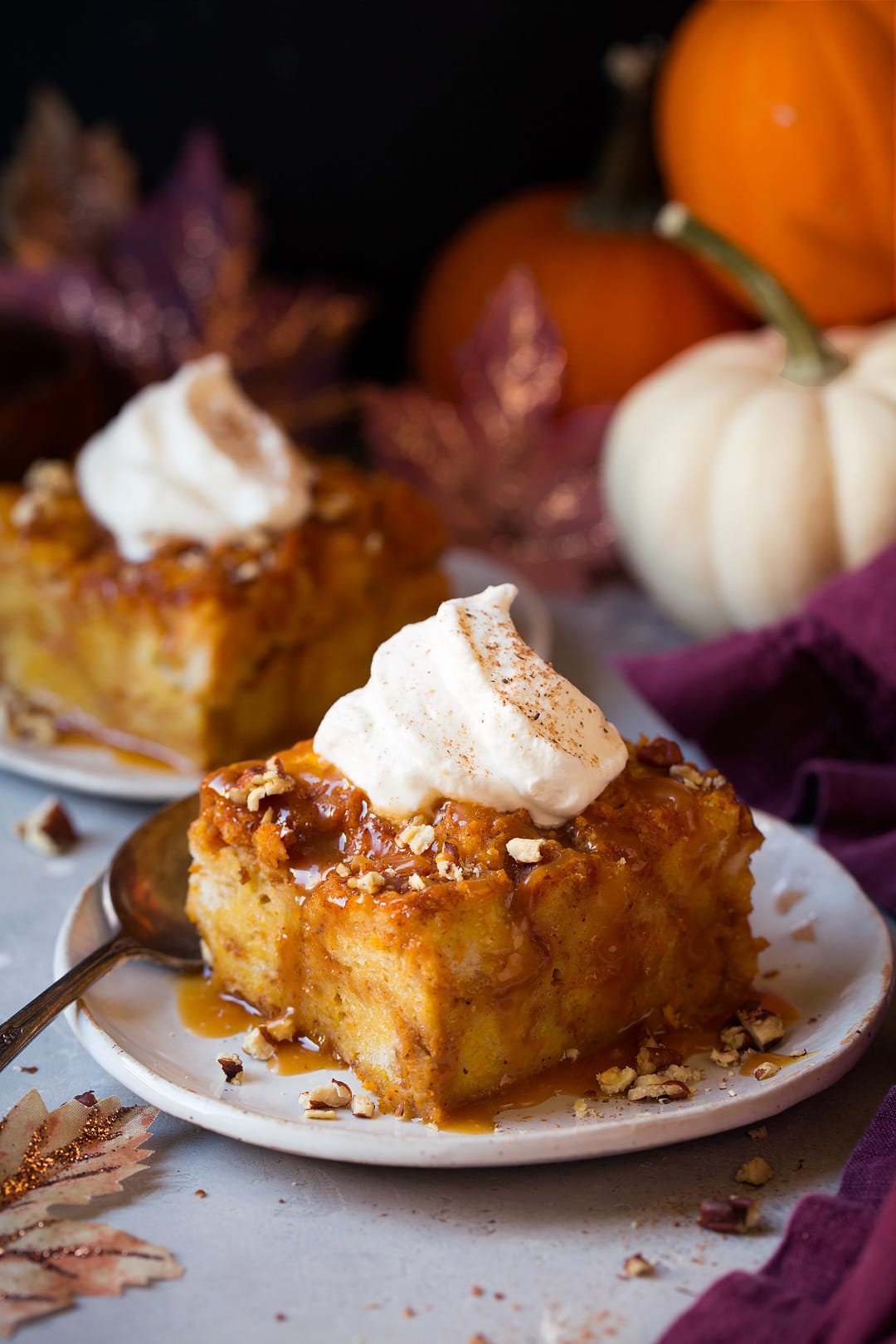 Can I Use Fresh Pumpkin Puree?

Can I Use Pumpkin Pie Spice?

If you don’t already have all the spices listed on hand then 3 teaspoons of pumpkin pie spice will work well here too.

What is Half and Half?

Half and half sold here in the United States is basically a mixture of half milk and half cream. Here you could replace the half and half with 3/4 cup more milk and 3/4 cup cream. 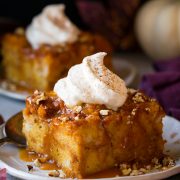 This stuff is over-the-top delicious and likely to be a family favorite! You can prep it a day in advance and store it in the fridge then bake the following day but do be sure to serve it warm for best results.
Servings: 12
Prep20 minutes
Cook45 minutes
Ready in: 1 hour 5 minutes