Hey everyone! I just started a fun new pin board today and have invited several of my foodie friends to pin to it, so it should have some seriously delicious stuff on it for you to pin and make. You can click on the link HERE to follow. It’s the first group board I’ve created so I hope to make it a success! Thanks for your support!! 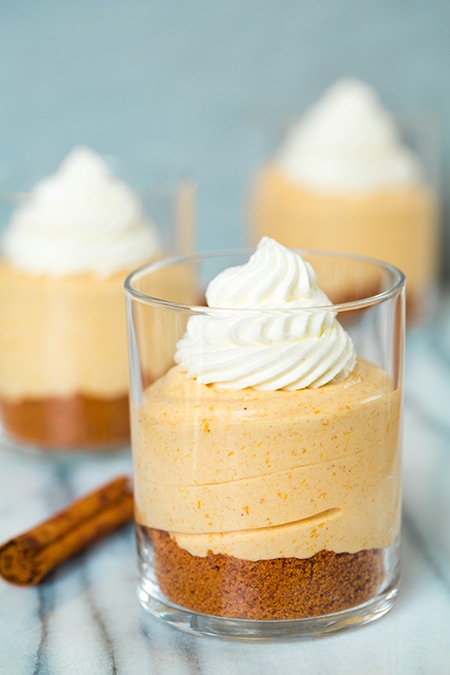 Now for this post, I just have to say it. I really don’t like these photos. BUT, these cheesecakes were so good that I just had to share anyway. I took pictures twice, yesterday then again today and I’m just not getting the photos to turn out how I’d like (for example, that caramel sauce in the second and third pic – yeah it looks artificial but it’s real). These dark rainy days are just that, dark out. Frustrating but on a better note, since I made these two days in a row that means I get to eat them two days in a row! I’ll never complain about eating cheesecake. 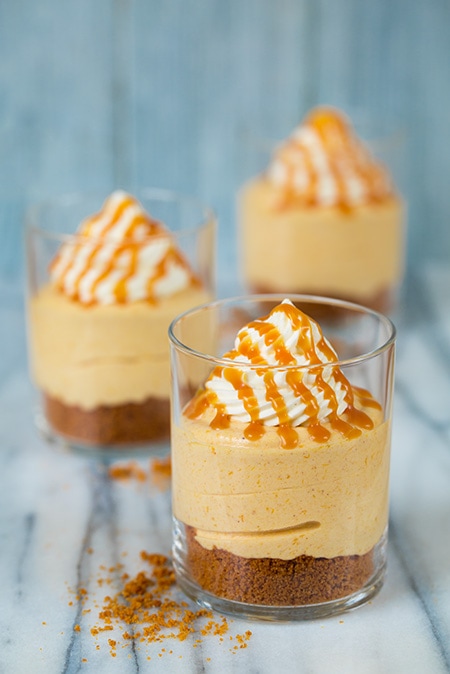 These cheesecakes are so easy. Their texture is more like a mousse than an actual cheesecake (to be more cheesecake-like you could probably add in some dissolved gelatin). They are amazingly fluffy and perfectly creamy.

The caramel is optional if you aren’t feeling up to making it (did I really just list caramel as optional? In my mind caramel it is a must!) and you could replace that 2 Tbsp of caramel in the mixture with an equal amount of brown sugar.

You really should make them with caramel though, just saying. Also, if you can’t find the Biscoff cookies then you could make a graham cracker crust instead (make one and half of this recipe here). And if you aren’t a salty caramel kind of person, of course just omit the sea salt. Enjoy! 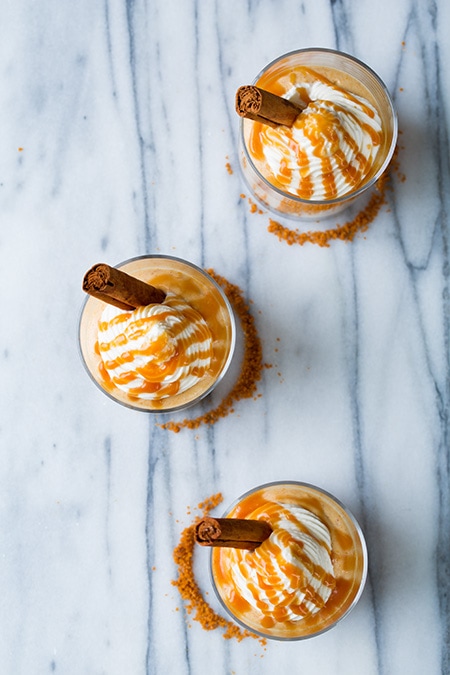 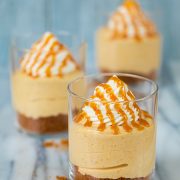