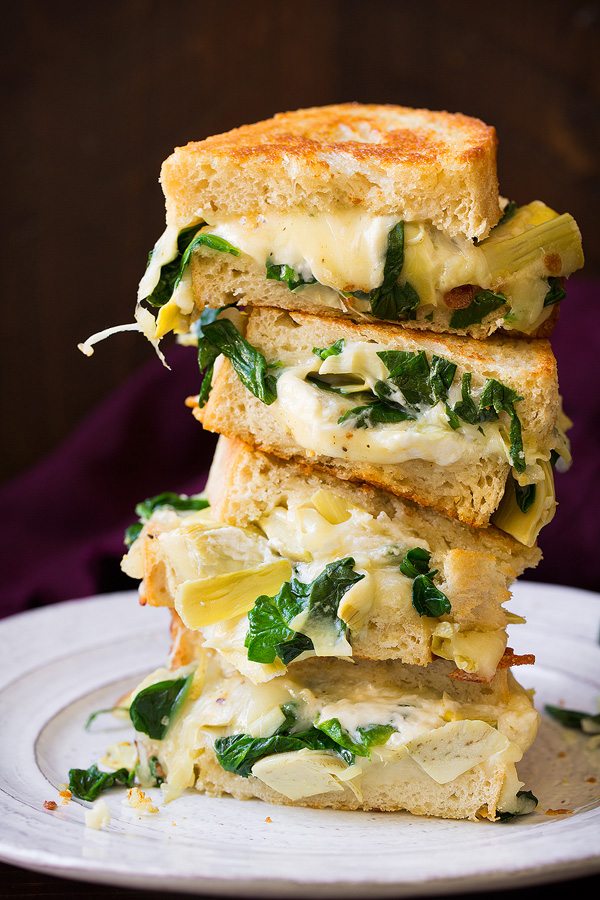 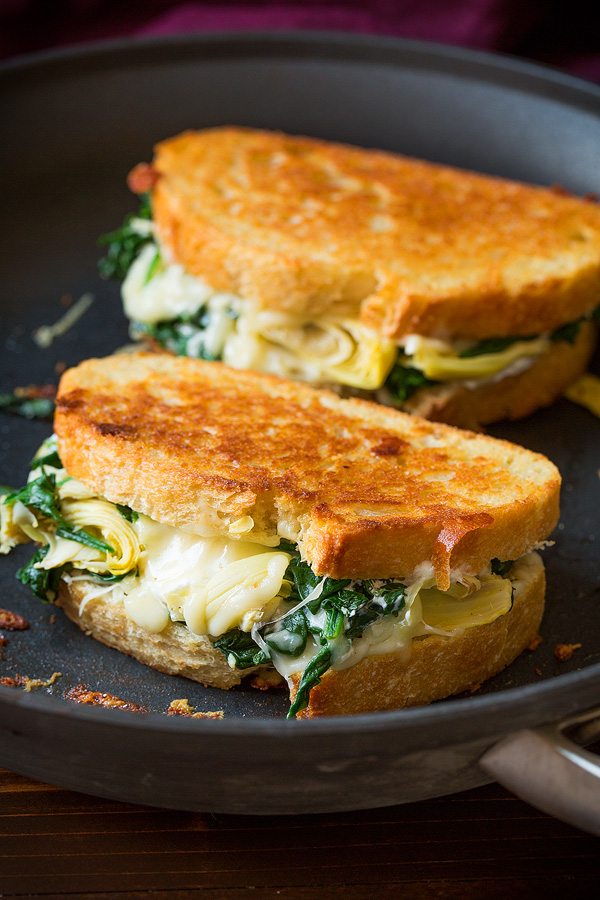 These sandwiches are packed to the max with goodness! I used a fresh crusty French loaf of bread for these, another kind would work fine as long as it’s a hearty bread that will hold up well to all that delicious filling. The recipe listed below is for 3 but you can easily scale the recipe down to make 1 or 2 sandwiches, really it’s more of an idea than a recipe – you need bread, butter, spinach, artichokes, garlic, cheese, cheese and more cheese, a few dabs of sour cream and your set. How I wish I had another one of these over-the-top Spinach Artichoke Grilled Cheese Sandwiches right now! 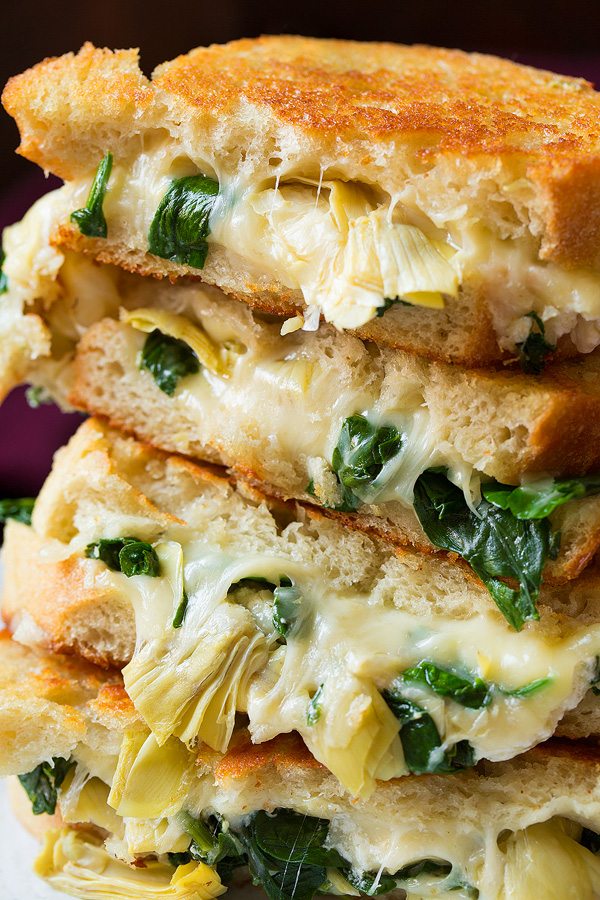 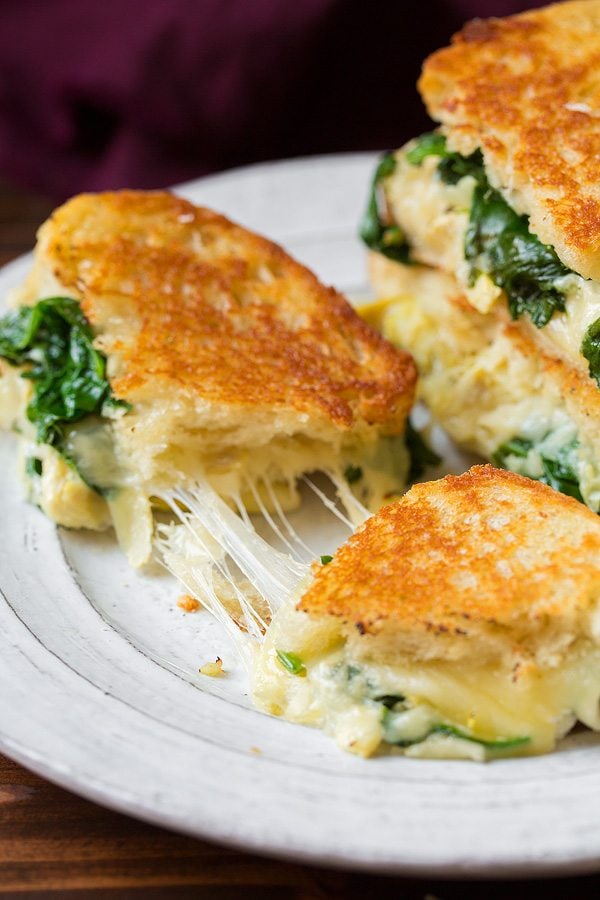 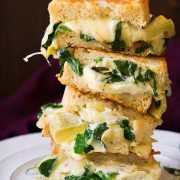 One of my all time favorite grilled cheese sandwiches! The tempting flavors of spinach artichoke dip meet the comforting goodness of a melty grilled cheese. It's easy to make and amazingly delicious!
Servings: 3
Prep15 minutes
Cook10 minutes
Ready in: 25 minutes