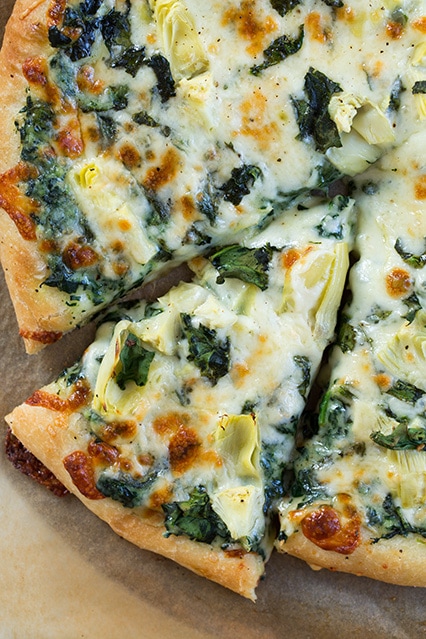 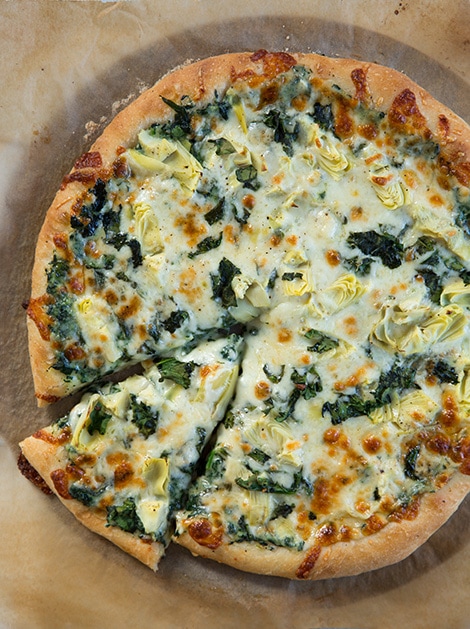 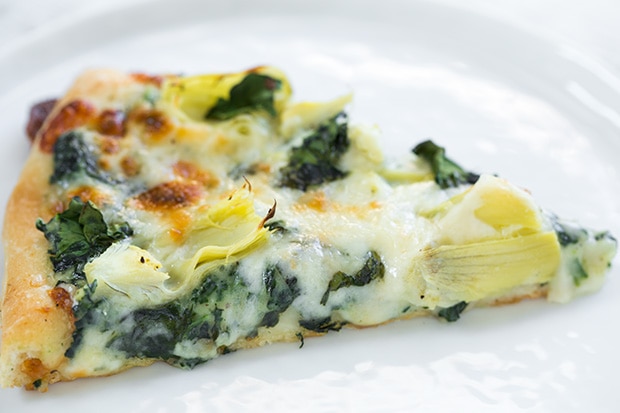 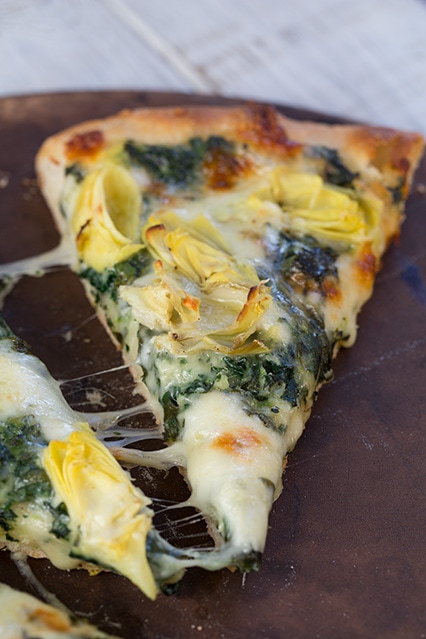 My favorite homemade pizza recipe! The tempting flavors of spinach artichoke dip meet the deliciousness of pizza, in other words the ultimate comfort food!