Chicken Fajitas – one of the best dinners out there! This easy, restaurant quality recipe is made with deliciously seasoned chicken, a trio of fresh bell peppers and tender crisp onions.

Want to make the best fajitas ever? Then be sure to serve atop my homemade flour tortillas if time allows (prep while the chicken marinates). So worth the extra bit of effort, promise! 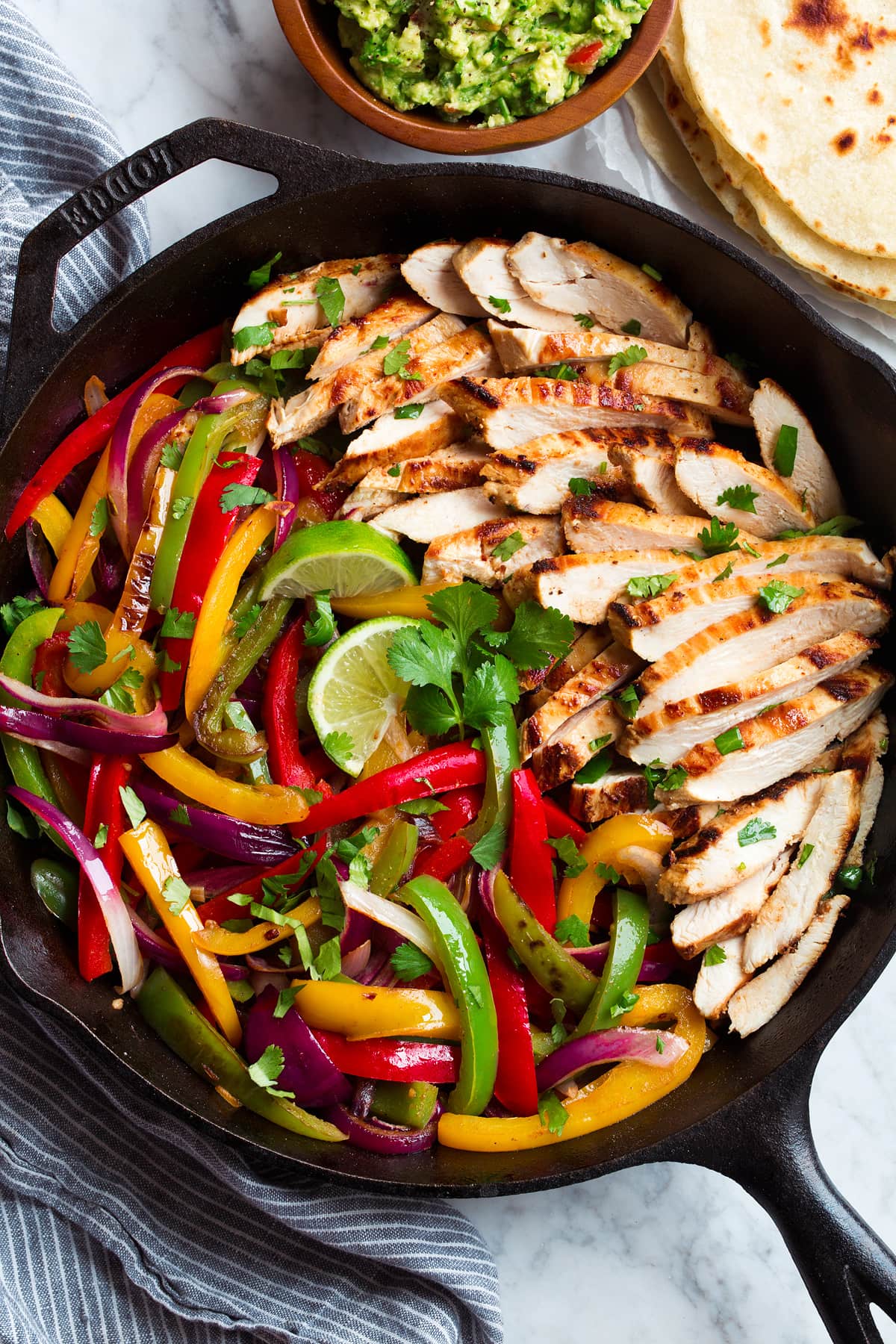 Chicken Fajitas are most commonly made with chicken breasts (but chicken thighs work well too).

It is soaked in a seasoned, lime and oil based marinade then pan seared in a hot cast iron skillet to a flavorful charred exterior with crisped edges, and juicy, tender interior.

After which fresh multi-color bell peppers, and boldly flavored onions and garlic are sautéed to a perfect tender crisp texture in the same piping hot skillet.

Then to assemble fajitas chicken is sliced, and mounded over flour tortillas along with those flavorful veggies. 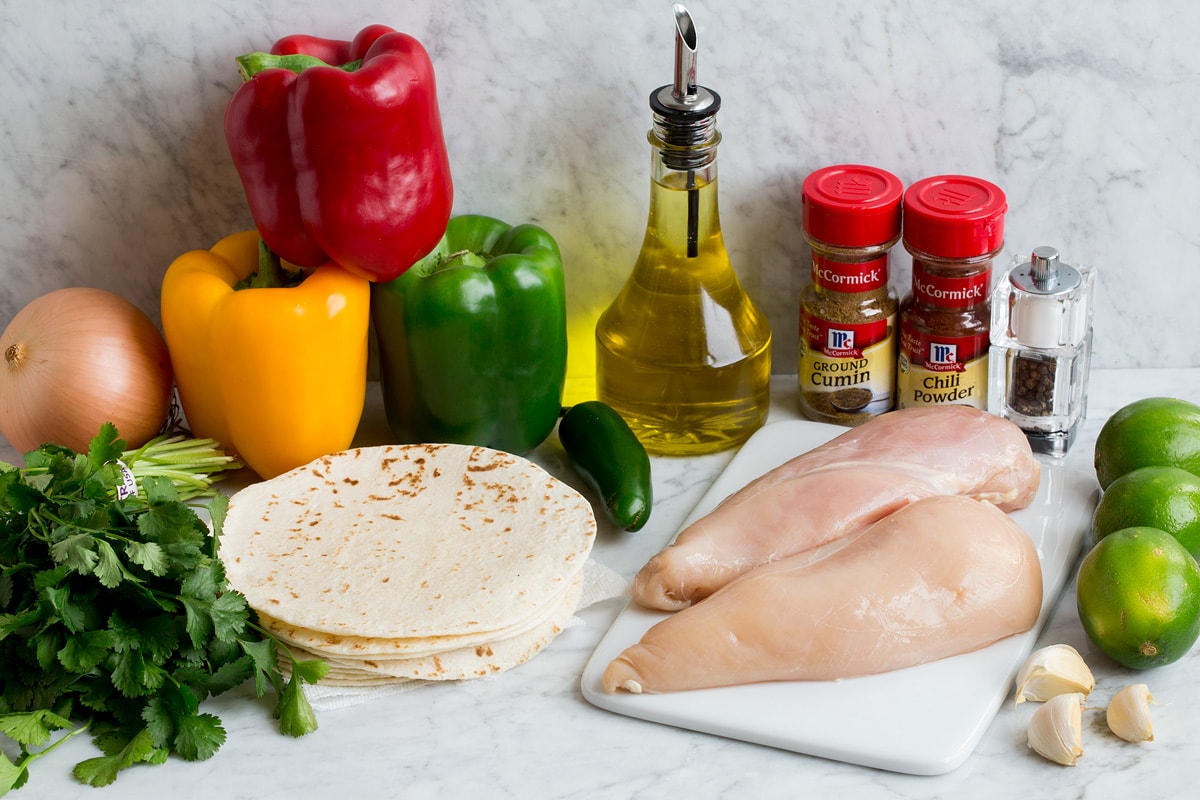 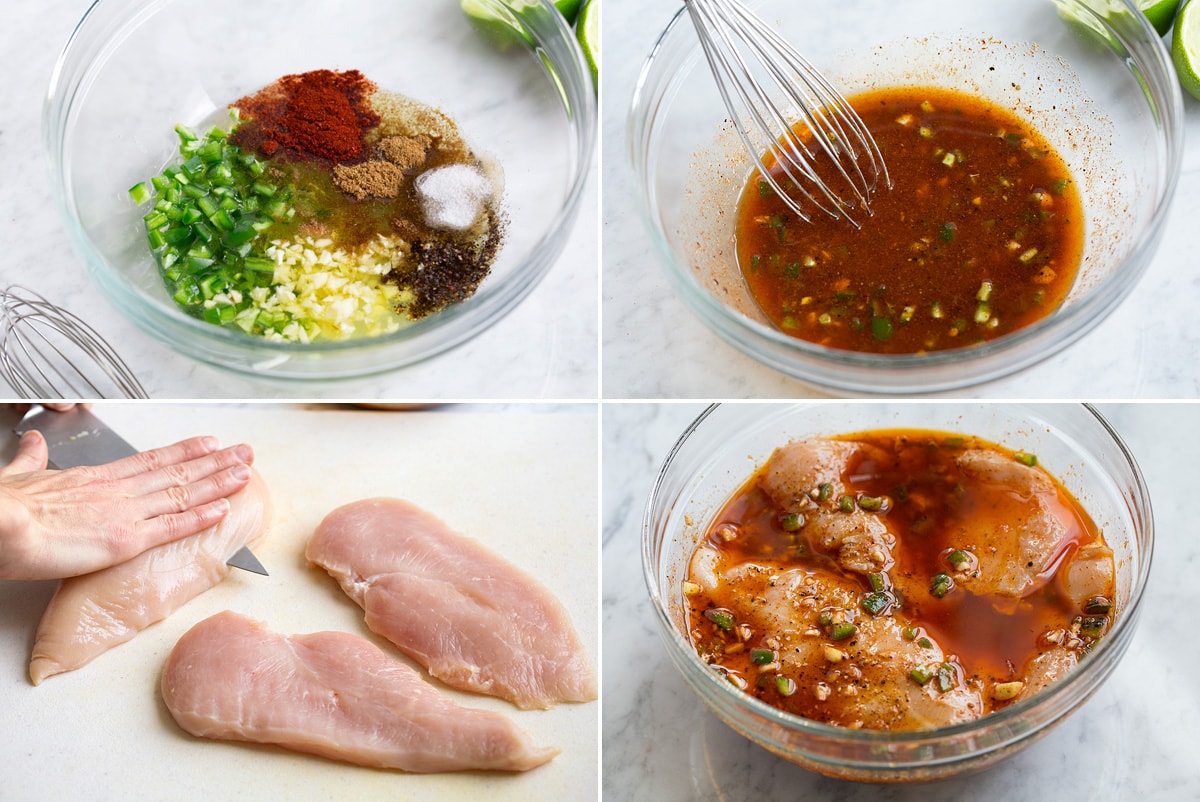 How to Make Chicken Fajitas

Tips for the Best Fajitas Recipe 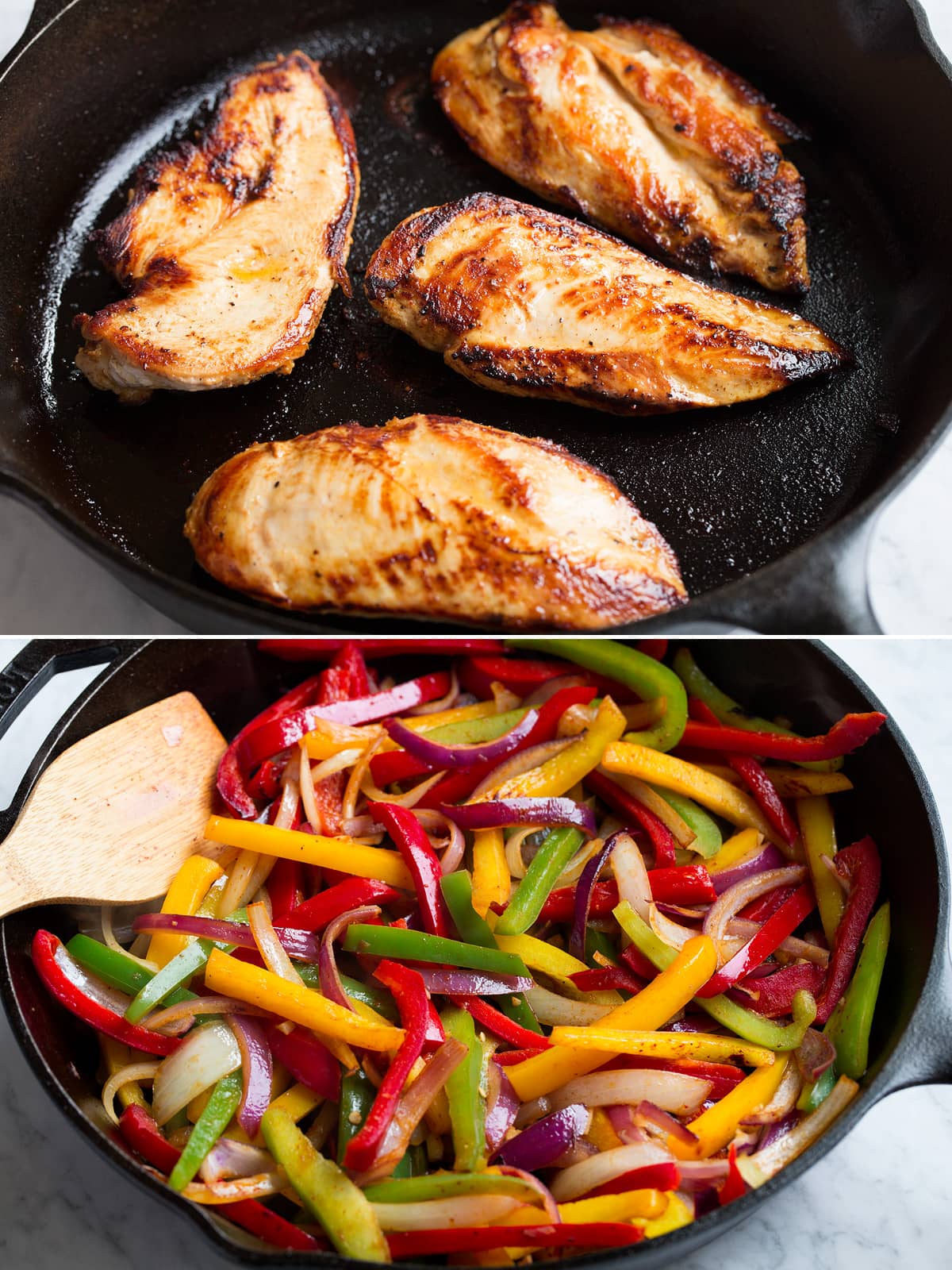 How Can I Cook Chicken Fajitas on the Grill?

If going this route I actually prefer boneless skinless chicken thighs since they char nicely and don’t dry out as easily, but breasts work great too. To grill:

How to Reheat Fajitas

What Toppings to Serve with Fajitas?

Traditionally fajitas aren’t really loaded with toppings but why not? Try some of these: 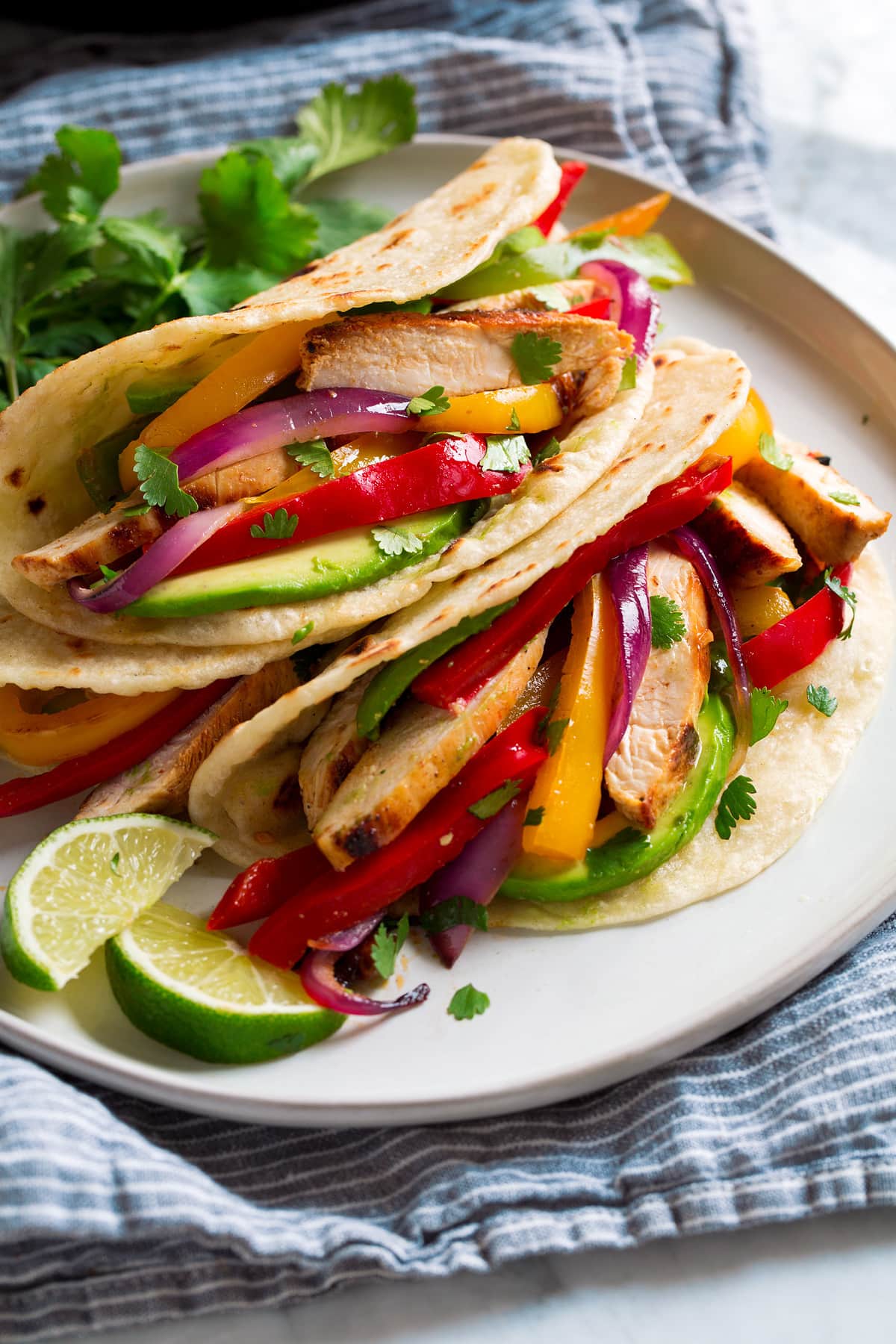 What Sides to Serve with Fajitas?

Some classic Mexican side dishes are:

Looking for the easiest prep ever, and wanting to come home to a ready to serve dinner? Try my Slow Cooker Chicken Fajitas recipe.

One of my go to lazy day, and super popular recipes are these Sheet Pan Chicken Fajitas. Fastest to make and super delicious taste!

Wanting to try another protein? Go with my Grilled Steak Fajitas. Made with tender flank steak and brimming with flavor! 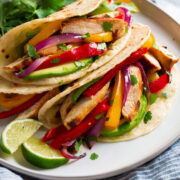 One of the best dinners out there! This easy recipe is made with deliciously seasoned, marinated and pan seared chicken, a trio of fresh bell peppers and tender crisp onions. Easy to make and unbelievably delicious!
Servings: 4
Prep20 minutes
Cook15 minutes
Marinating2 hours
Ready in: 2 hours 35 minutes