If you know much about me, then you know cheesecake is one of my most favorite foods, ever (that’s right, I said most favorite. Not proper, but for these it’s just so right)!

It really doesn’t get much better, so when I can create something that tastes exactly like cheesecake without having to bake it then chill it for eight hours then I’m pretty ecstatic. 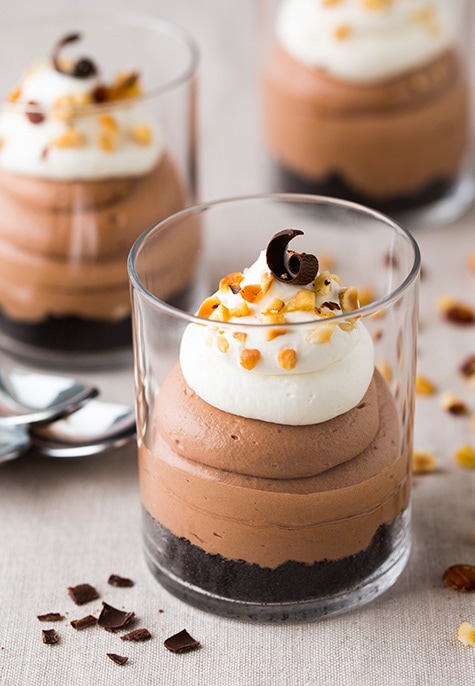 Don’t get me wrong, I adore baked cheesecakes, but sometimes I don’t have the time nor patience that they take. That is where these come in. Cheesecake mousse!

They contains no eggs (like many mousse recipes do) so it doesn’t require any cooking on the stove top either.

It’s just simple, irresistibly silky smooth and luscious, and amazingly fluffy mousse, at it’s finest. Then you add Nutella into the mix (literally :) and people what are you waiting for?

These are calling your name! Simply put, these are what dreams are made of.

Cheesecake and Nutella combined into one easy to make dessert that will leave you begging for more. Enjoy! 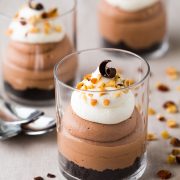