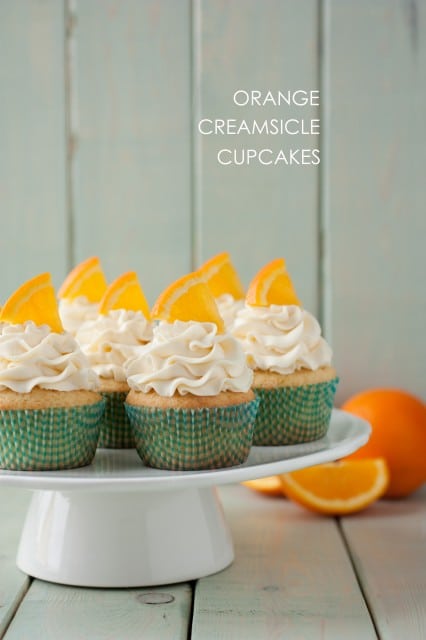 I saw the orange cupcakes at Martha Stewart and decided it would be perfect for these.

I also replaced the frosting with my own Vanilla Buttercream because it’s my favorite buttercream recipe, it even reminds me of ice cream so I figured it would make an excellent fit. 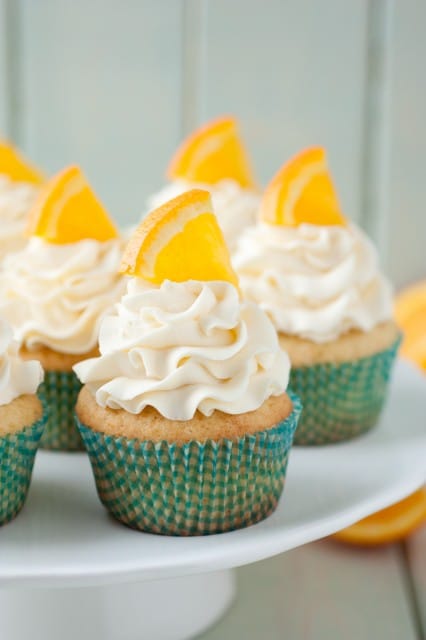 These cupcakes are simply fantastic. I love how the cupcake recipe contains heavy cream. It’s not too often you come across a cupcake recipe that contains cream in the batter.

It gives these cupcakes such a delightful texture, with a dense and perfectly moist crumb. This is a charming cupcake that may just become one of your favorites. Enjoy! 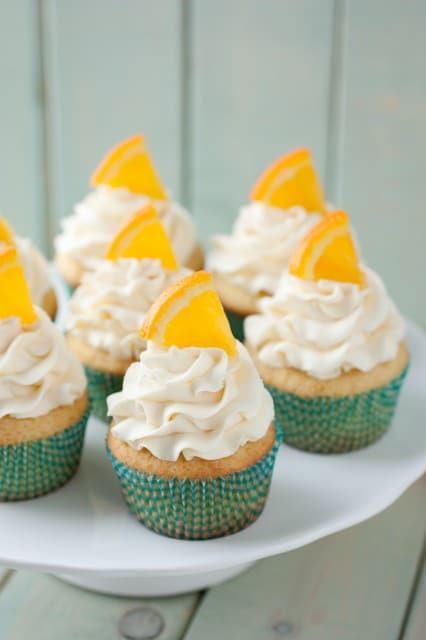 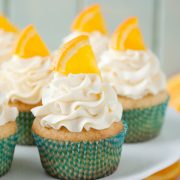