Angel Food Cake is a must have cake recipe! When you make it at home it’s so much better. It’s light and fluffy as a cloud, it has the perfect vanilla bean flavor, and it’s the perfect base to your favorite sauces and toppings. 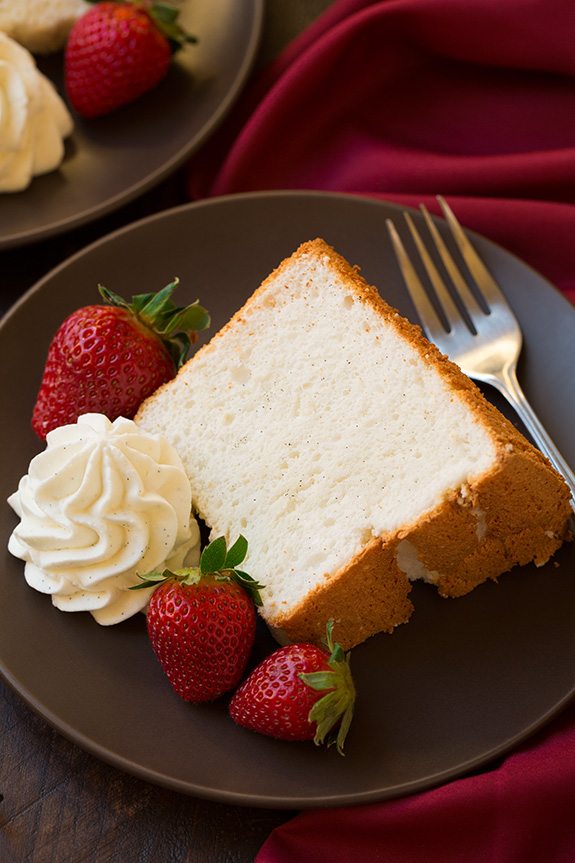 Here is a tried and trusted recipe I have been using for years that I absolutely love. The past few years, I’ve used this Angel Food Cake recipe to make cupcakes flavored different ways, and just recently I decided it was finally time to invest in a good angel food cake pan and make a full cake.

I’m really not a fan of the incredibly dry angel food cakes from the grocery store and this recipe is easily a thousand times better. Believe it or not, it’s an angel food cake that is not dry!

Before, I’d have to have my store-bought angel food cakes drowning in some kind of sauce, but this one doesn’t even need anything — although a sweet, rich, vanilla bean whipped cream never hurt anyone either.

I kept going into the kitchen the two days this lasted, slicing off sliver after sliver, and any time anyone else would catch me they had to have one too. This homemade angel food cake really is totally irresistible, which isn’t really a typical way to describe an angel food cake — but this one is totally worthy of your recipe book. 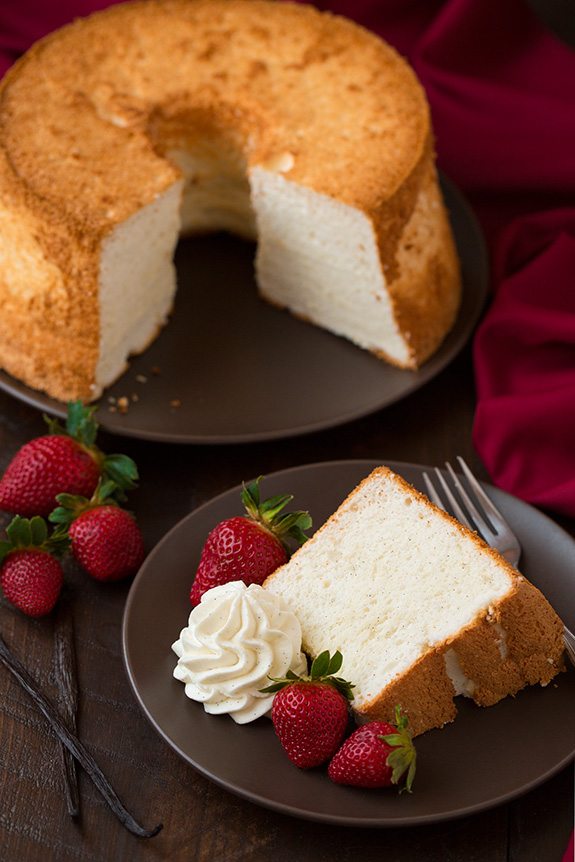 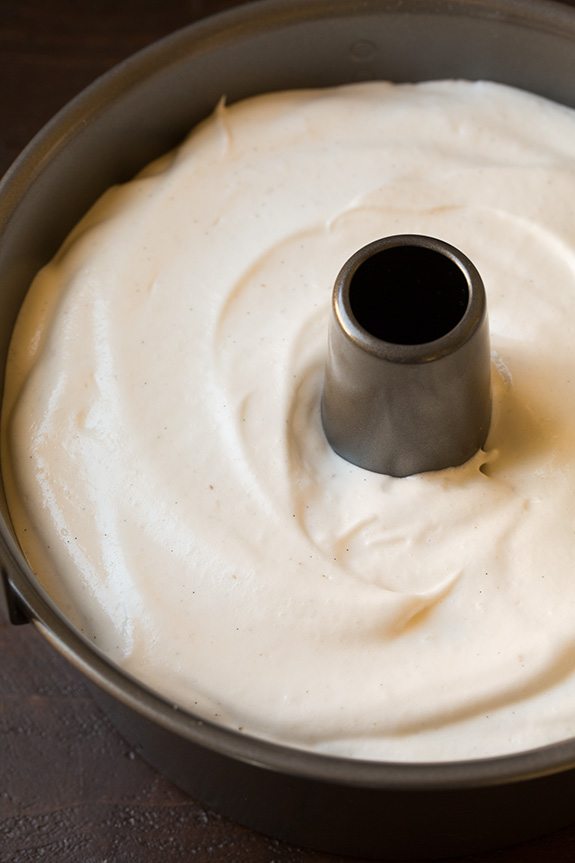 How to Make Angel Food Cake

Do I Have to Use Vanilla Bean?

Vanilla beans can be so expensive, so you can just up the vanilla extract to 1 1/2 tsp if desired. It’s also delicious with 1/2 tsp almond extract.

Can I Use Pre-Separated Egg Whites for This Cake?

No, the store-bought egg whites that come in a carton can’t be used for this cake recipe. The egg whites in a carton won’t whip up properly and the texture of your angel food cake will be off. 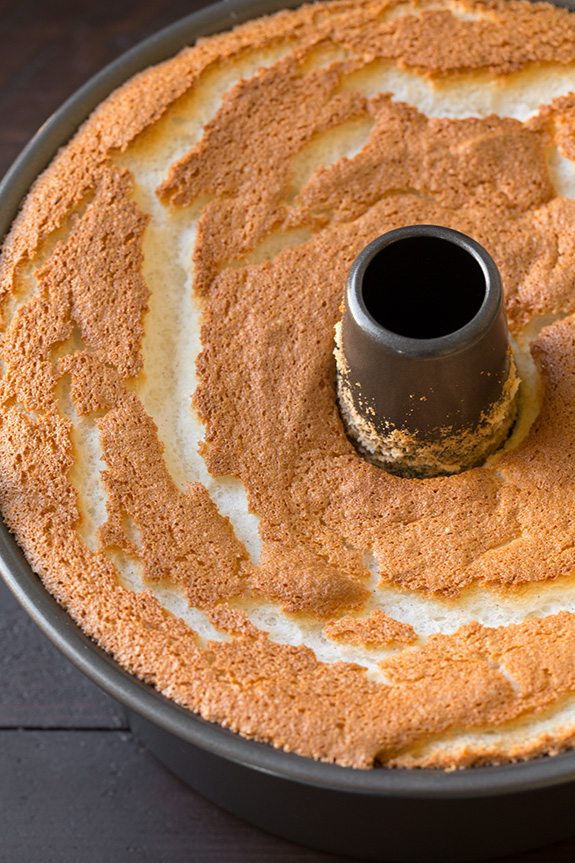 What Should I Do with The Leftover Egg Yolks?

This recipe calls for 12 egg whites, which will leave you with lots of leftover egg yolks. Definitely don’t throw them in the garbage!

I have a lot of recipes on my blog that use egg yolks — you can check out the full egg yolk recipe archive here. Off the top of my head, I know my Salted Caramel Pots de Creme use 6 egg yolks, but you could also go the easy route and just make scrambled eggs with them! 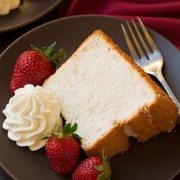 A must have cake recipe! Homemade angel food cake is much better than store-bought or mixes. It's light and fluffy as a cloud, it has the perfect vanilla bean flavor, and it's the perfect base to your favorite sauces and toppings.
Servings: 12
Prep30 minutes
Cook40 minutes
Cool1 hour
Ready in: 2 hours 10 minutes