Chicken Enchilada Soup made easy thanks to the slow cooker! This protein rich recipe is a breeze to prep and the end result is brimming with well seasoned, fresh Mexican flavors. All the goodness of chicken enchiladas transformed into a hearty bowl of soup! 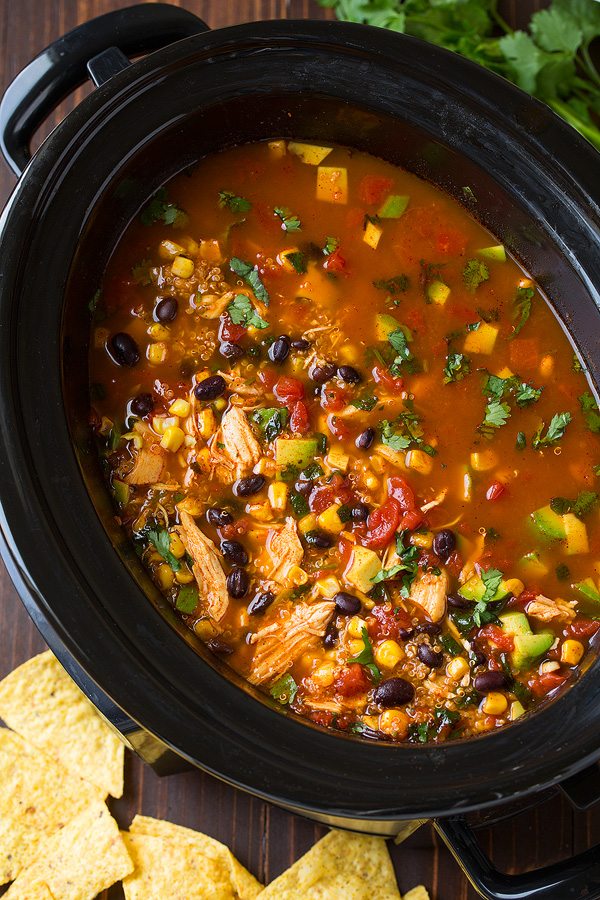 So I guess it’s time to get back to real food instead of sharing desserts all week. December was nice with the cookies nearly every day and the sweets galore but I guess it’s a good thing it only happens one month out of the year.

I also added in some avocados because avocados always go well in Mexican soup right?

This is a recipe you’ll want to have every week it’s so good! You can’t go wrong with a big cozy bowl of it.

A 6 or 7 quart slow cooker will be needed for this recipe.

How do You Make Enchilada Soup? 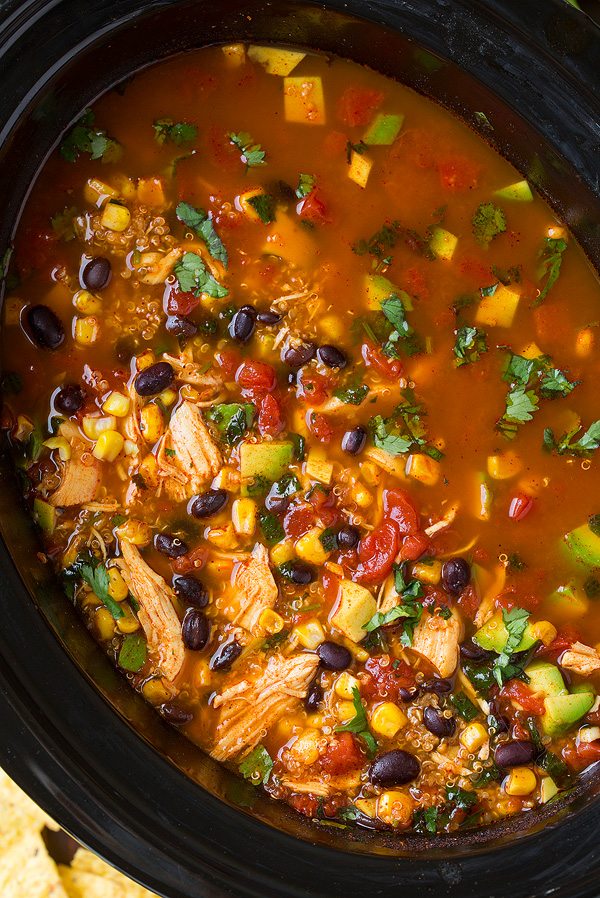 A Dump and Go Recipe!

This is one of the easiest soups ever! It requires minimal prep it’s mostly a dump and cook kind of recipe. You don’t even need to chop the onion!

And I actually recommend that you don’t chop the onion because not only does it save time to just split it in half but after only 6 hours of cooking the onions didn’t seem to be fully softened yet when I did chop them up. So by halving it you still get all the nice depth of flavor from the onion without the extra effort or added crunch.

Can I Use Left Over Cooked Quinoa?

If you’ve already got cooked quinoa on hand you can use that instead of using dry, I’d add 2 cups and also I’d reduce the broth by 1 cup, and wait until the end to add it.

Is this Soup Spicy?

Do note that even by using a mild enchilada sauce some of you may still find it a little spicy, some are more sensitive to chili powders than others. My family still loves it, even my kids it’s not to spicy for them but I thought I better note just in case. 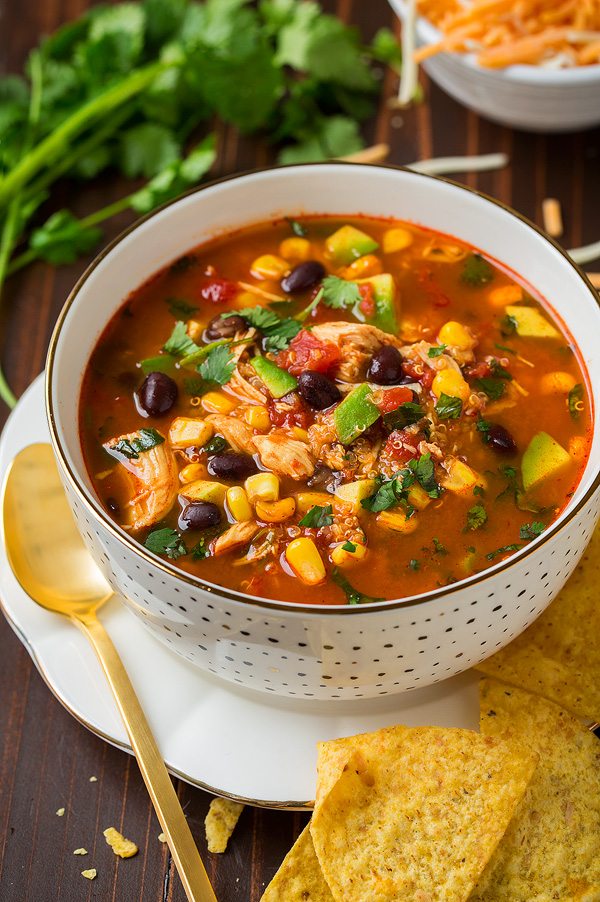 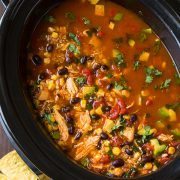 This protein rich recipe is a breeze to prep and the end result is brimming with well seasoned, fresh Mexican flavors. All the goodness of chicken enchiladas transformed into a hearty bowl of soup!
Servings: 5
Prep15 minutes
Cook6 hours 5 minutes
Ready in: 6 hours 20 minutes