These Coconut Cupcakes are topped with a creamy coconut buttercream frosting and then sprinkled with shredded coconut. These are incredibly easy to make and are perfect for summer barbecues and potlucks! 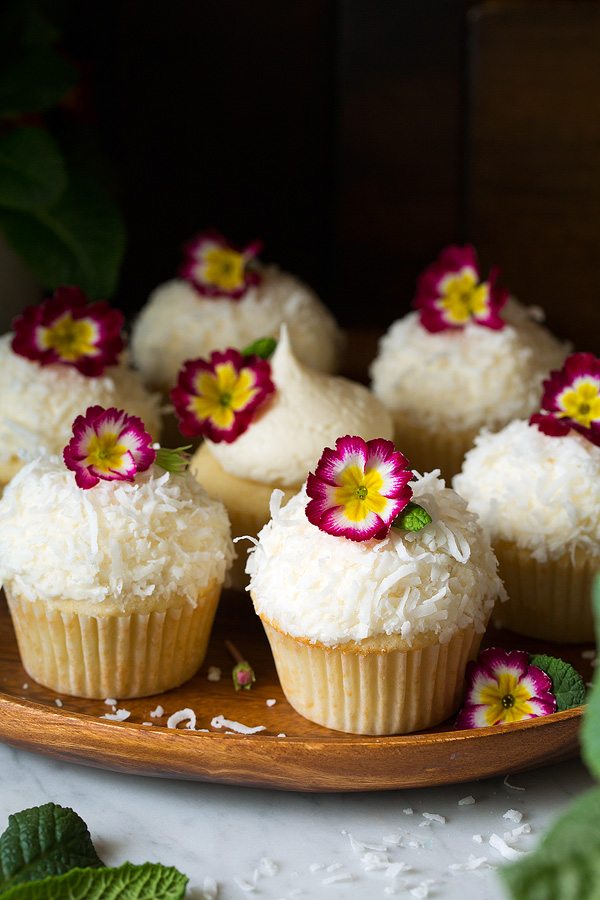 These coconut cupcakes are one of my all time favorite cupcakes. Who knows, maybe I say that a lot but these would definitely make it to the top five.

Yeah, I have a hard time picking favorites. I need to share a post with all the cupcake recipes I’ve made in a collection because I’ve shared so many cupcake recipes. You can never have too many to choose from!

These coconut cupcakes are soft and fluffy and perfectly moist. I even dare say they’ll likely be one of the best cupcakes you’ll ever taste!

They are perfectly coconutty (but don’t worry, there aren’t little shreds of coconut in the batter, I saved that for topping. It’s just a naturally coconut-flavored cupcake made with coconut milk and coconut extract). These are simply Heaven in cupcake form.

And don’t even get me started on the coconut buttercream frosting! So dreamy. I actually made these a few weeks ago, I got ahead with recipes to share and now I just have to sit here and stare at them and wish so badly I could reach through the screen and grab another.

Guess I’ll just have to make them again soon, it’s got to be someone’s half birthday right?? 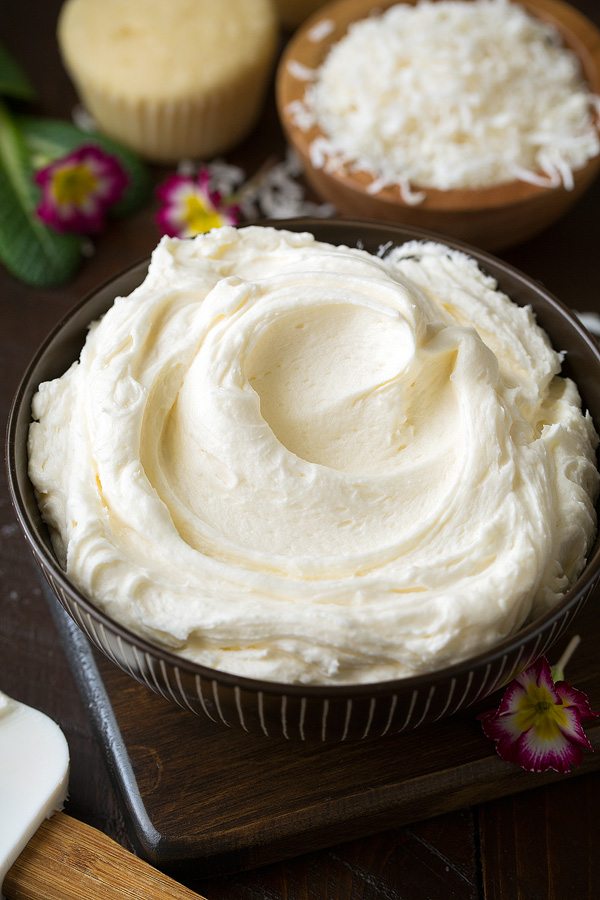 For the coconut cupcakes, you’ll need:

And for the coconut buttercream frosting, you’ll need:

How to Make Coconut Cupcakes

How to Make Coconut Buttercream Frosting 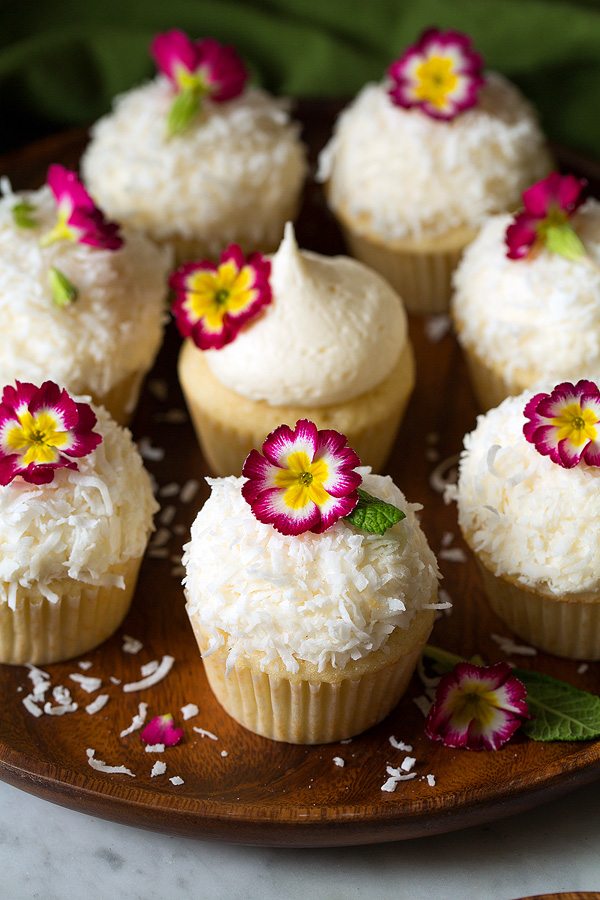 No, cream of coconut contains much more fat and would alter the texture of the cupcakes.

Is There a Cake Flour Substitute I Can Use?

Can I Turn These Cupcakes Into a Cake?

If you’d like to make a coconut cake, I recommend following my coconut cake recipe instead of trying to turn these cupcakes into a cake. I also have a coconut sheet cake recipe, if you’re looking for something that’s even easier! 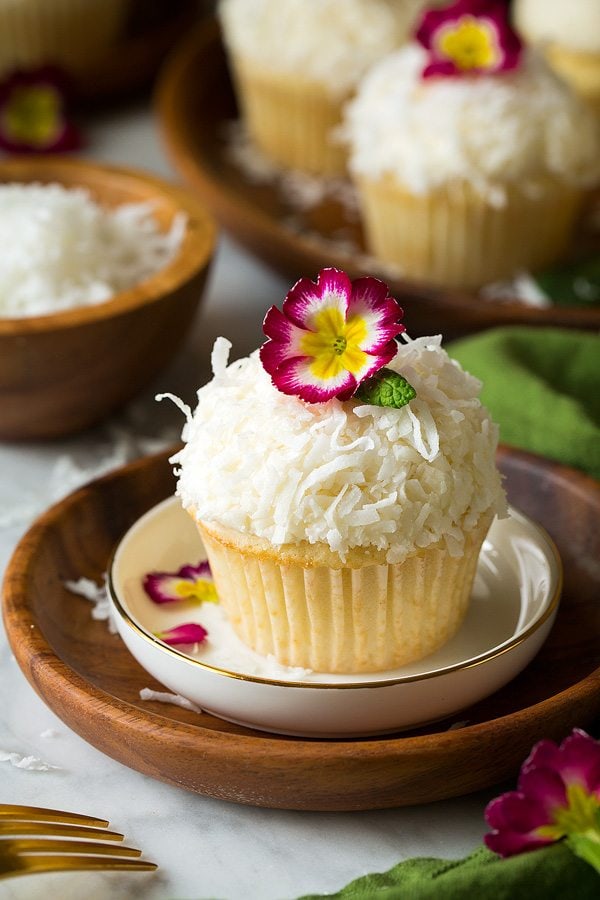 Tips for the Best Coconut Cupcakes 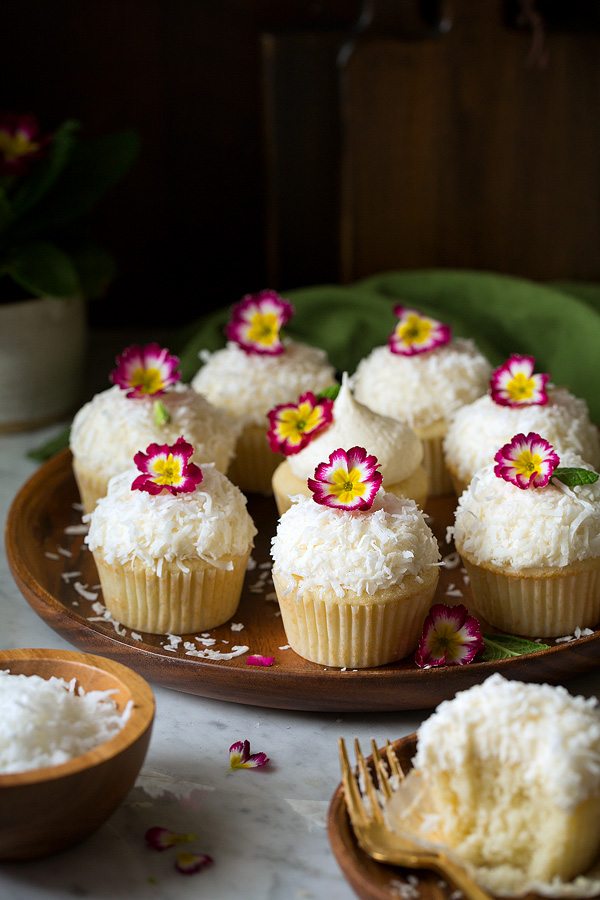 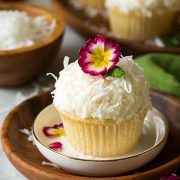 My favorite coconut cupcakes ever! They're soft and fluffy, perfectly moist and they're brimming with sweet coconut flavor. The perfect treat for any occasion!
Servings: 12
Prep25 minutes
Cook20 minutes
Cooling1 hour
Ready in: 1 hour 45 minutes